– Trump Picks Rick Perry To Lead Energy Department (That He Wanted To Do Away With In 2011):

Trump’s string of ‘anti’-status quo appointments continues with his selection of former Texas governor Rick Perry to lead the Energy Department, which it is worth noting he wanted to do away with in 2011. 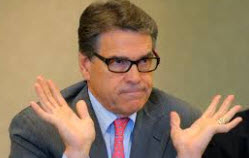 Perry twice ran for his party’s presidential nomination, including against Trump, presenting himself as pro-business candidate.

Perry’s selection is amusingly ironic, because five years ago, Perry wanted to eliminate the Energy Department: in an infamous 2011 Republican primary debate, Perry forgot that the Energy Department was one of the three federal government agencies he wanted to do away with. The other two were the Commerce and Education Departments. According to some pundits, the gaffe may have cost him a shot at the party’s 2012 nomination.

Perry, Texas’ longest-serving governor, was indicted in 2014 for abuse
of power and coercion after threatening to veto funds for a Travis
County office that investigates corruption unless the district attorney,
who had pleaded guilty to driving while intoxicated, resigned. Another
potential conflict of interest: Perry serves on the board of Energy Transfer Partners LP, the
company whose pipeline project has drawn opposition in North Dakota and
has become a rallying cry from environmentalists. While the Obama
administration has stalled the project, Trump has said federal approvals
for energy infrastructure need to come quicker.

Finally, those curious about Rick Perry’s policies, we bring your an
interview from June, where Perry questioned the science behind global
warning.  Here are the details:

During his 2012 presidential campaign, Perry regularly questioned climate science, saying that it hadn’t been settled. “There
are a substantial number of scientists who have manipulated data so
that they will have dollars rolling into their projects,” Perry
claimed during one New Hampshire campaign stop. He called the EPA a
“cemetery for jobs.” In his pre-campaign book, Fed Up!, Perry referred
to efforts to tackle global warming as “hysteria” and described the
science a “contrived phony mess.” He even wrote that “we have been experiencing a cooling trend.”
Perry’s 2012 campaign collapsed when, during a debate, he forgot which
three cabinet-level departments he wanted to eliminate. He called for
axing Commerce and Education, but he famously couldn’t remember that
Energy was also on the list of federal agencies he’d proposed
eliminating. “Oops,” he finally said when he was unable name the
department.

At the Conservative Political Action Conference this in February
0215, Perry touted his record fighting smog. But he sidestepped climate
change and called for the Keystone XL Pipeline to be built. “The point
is, you can have job creation, and you can make your environment
better,” he said. “That ought to be our goal in this country, and it all
starts with energy policy. Open up the XL pipeline, create jobs.” 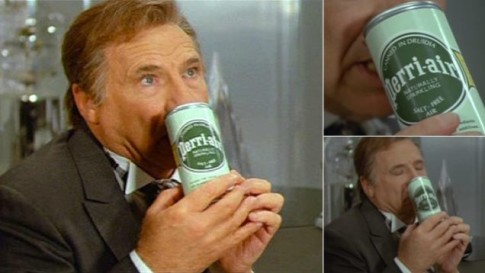