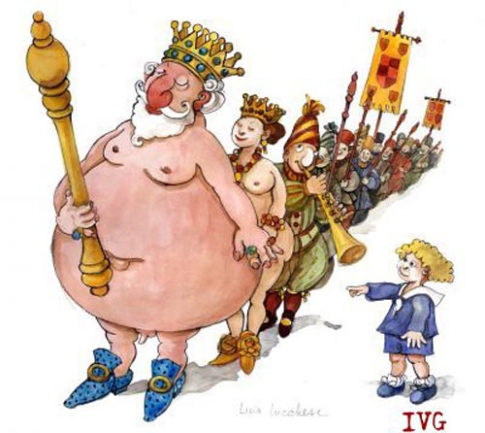 – The Incredible Lightness of Thinking In the Liberal Professional Class and the Ascended Masters of Hypocrisy:

“Listening to the leading figures of the Democratic party establishment, however, you’d never know it. Cool contentment is the governing emotion in these circles. What they have in mind for 2016 is what we might call a campaign of militant complacency. They are dissociated from the mood of the nation, and they do not care… What our modernized liberal leaders offer is not confrontation [with corporate corruption] but a kind of therapy for those flattened by the free-market hurricane: they counsel us to accept the inevitability of the situation.”

“Too many of America’s elites-among the super-rich, the CEOs, and many of my colleagues in academia-have abandoned a commitment to social responsibility.  They chase wealth and power, the rest of society be damned.”

“This elite-generated social control maintains the status quo because the status quo benefits and validates those who created and sit atop it.  People rise to prominence when they parrot the orthodoxy rather than critically analyze it. Intellectual regurgitation is prized over independent thought. Real change in politics or society cannot occur under the orthodoxy because if it did, it would threaten the legitimacy of the professional class and all of the systems that helped them achieve their status.

-Kristine Mattis, The Cult of the Professional Class

The continuing reaction of the liberal elite to the repudiation of the Democratic establishment by their traditional constituencies of the young and working people is a wonder to behold.  They thrash back and forth between a denial of their failure, and disgust at everyone else they can blame for it. cf Paul Krugman, The Populism Perplex.

It could not possibly be because of anything they might have done or failed to do.   And so they are caught in a credibility trap.

It is frustrating because they do not know how to extract themselves from it, admit their errors and reform the system, without undermining the very assumptions that entitle them, in their own minds at least, to rule as the highly honored insiders, the elect of professional accomplishment.

Mark Blyth, who accurately predicted Brexit and Trump, explains in clear language how globalization and capitalism are failing people throughout the world and why that means more Brexits and Trumps are on the way…