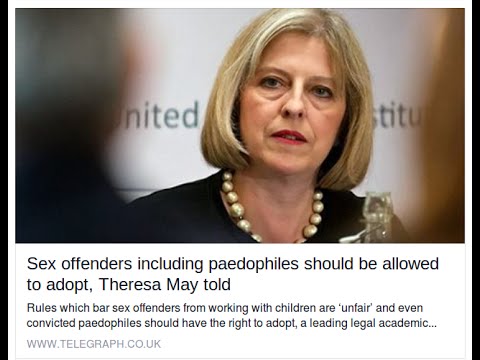 Mrs May told the House of Commons that an official inquiry, by head of the NSPCC Peter Wanless and Richard Whittam QC, had been unable to “prove or disprove” claims that historic child sex abuse allegations had been swept under the carpet.

“I cannot stand here and say that during the Eighties the Home Office was not involved in a cover-up. There might have been a cover-up,” she told MPs.

“That is why we have set up an inquiry and we are determined to get to the truth.”

Mr Cameron, on a visit to Rochester ahead of next week’s by-election, insisted: “I think it is important that it says that there wasn’t a cover up some of the people who’ve been looking for conspiracy theories will have to look elsewhere.”

“He can only say that in relation to the registered filing system of the Home Office and we made very clear that we can’t make a wider conclusion than that based on the task we were given and the information available to us,” he told BBC Radio 4’s PM programme.

Asked if that meant Mr Cameron was wrong, Mr Wanless said: “He is wrong.”

The Home Secretary said that apart from the overarching child sex abuse – which is still without a chairman after the resignation of Fiona Woolf last month – she had asked police and MI5 to carry out further reviews of how they handled allegations of child sex abuse.

And in a further development, Scotland Yard has been asked by Mrs May to look into claims by an investigative journalist that Special Branch officers confiscated a dossier containing a list of 16 MPs and peers allegedly involved in promoting a paedophile group.

Don Hale said he was given the file by Barbara Castle, the former Labour Cabinet minister, which detailed the activities of a controversial group called Paedophile Information Exchange (PIE).

The developments came after Mr Wanless published results of his inquiry into how the Home Office dealt with information handed over by the late Conservative MP Geoffrey Dickens, as well as other allegations in 114 missing, lost or destroyed files.

He disclosed that one of the files was destroyed as recently as 2012, after being transferred from the Home Office to the Ministry of Justice.

Its title referred to the PIE and Charles Oxley, a Christian campaigner who infiltrated the group in the Eighties, and Steven Adrian Smith, a former chairman of the group who has since been imprisoned for possessing indecent images of children.

However, one of the 114 files entitled ‘DNA – Paedophiles’ has now been located, the report said.

It went on: “It is … not possible to say whether files were ever removed or destroyed to cover up or hide allegations of organised or systematic child abuse by particular individuals because of the systems then in place.

“It follows that we cannot say that no file was removed or destroyed for that reason.”

Mr Dickens wrote to Leon Brittan, the then home secretary, now Lord Brittan of Spennithorne, in 1983 to say he would expose eight public figures who he suspected of child abuse unless action was taken.

The review by Mr Wanless did not unearth the ‘Dickens dossier’ but it did give details of another set of papers which showed how Mr Dickens made repeated contact with Lord Brittan, urging him to act against PIE.

It looked at claims by former Home Office civil servant Tim Hulbert that PIE was covertly funded by Special Branch through a Home Office grant.

The report revealed for the first time details that the PIE grant may have been hidden within a much larger sum handed to an unnamed charity.

“Mr Hulbert said he had indicated that the payment to PIE could have been part of a much larger grant award to an unrelated charity,” it said.

“The suggestion being made was that this payment was being channelled covertly through a much larger budget line, without any suggestion that the larger charity itself would in any sense need to be aware of what was happening.”

However, the Wanless review said it could find no evidence to back up Mr Hulbert’s claims.

It also emerged that MI5 told the inquiry it had been unable to find any copies of the files in its archives – appearing to quash speculation that the intelligence agency may have held the key to the mystery.

Mrs May said she had accepted recommendations made by Mr Wanless about improving the way the Government deals with information about child abuse.