“A ROSE, by any other name….is still a ROSE.

Fake News, on the other hand, is probably THE TRUTH.” 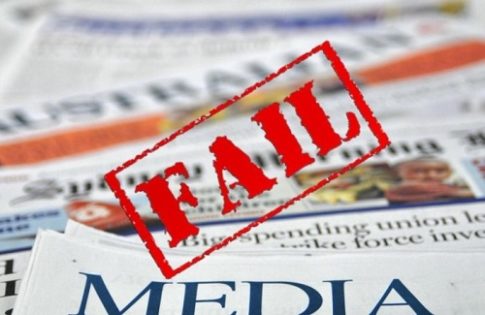 This article was originally published at The Daily Bell

Barack Obama on fake news: ‘We have problems’ if we can’t tell the difference The US president denounced the spate of misinformation across social media platforms, including Facebook, suggesting American politics can be affected. -Guardian

Is fake news the new “conspiracy theory.” We’ve read that it may be, and it seems likely to us.

That’s because “conspiracy theory” has seemingly lost credibility as a way of dismissing anti-mainstream critiques, and it can be argued that “fake news” is being substituted.

We recently wrote about the decline and fall of “conspiracy theory” as an effective denigration of Deep State critiques. You can see the article here.

This make sense to us because the CIA was apparently responsible for disseminating the initial “conspiracy theory” meme, and “fake news” could certainly have been developed to take its place.

Secondly, as reportedly some 50 percent of Americans now believe in so-called “conspiracies,” it’s very obvious a elite replacement was needed.

Some caveats: Regarding this second point, it’s very likely that many more than 50 percent of Americans believe in conspiracy theories. And the substitution of “fake news” is a very unappealing alternative.

President Barack Obama has spoken out about fake news on Facebook and other media platforms, suggesting that it helped undermine the US political process.

“If we are not serious about facts and what’s true and what’s not, if we can’t discriminate between serious arguments and propaganda, then we have problems,” he said during a press conference in Germany.

Since the surprise election of Donald Trump as president-elect, Facebook has battled accusations that it has failed to stem the flow of misinformation on its network and that its business model leads to users becoming divided into polarized political echo chambers.

Our mission is to cover elite memes – propaganda that scares people into giving more control to the government – and having Obama comment on “fake news” is part of a standard meme reinforcement.

The “fake news” meme is all over search-engine news and prominent people like Obama are speaking out about the meme and basically endorsing it.

But it all strikes us as rather desperate.

Conspiracy Theory is far less prone to analysis than “fake news.” It has persisted so long and been so successful because it is difficult to quantify a “conspiracy” and thus the dismissal cannot be either confirmed or denied.

“Fake news” however, lends itself to fact-checking. One may not wish for a variety of reasons to delve into “conspiracy theory,” but if someone is told he or she is espousing fake news, the resultant irritation may move that person to further research.

When we coined the term Internet Reformation, our idea was that the information available via the ‘Net would generate a gradual process of enlightenment – and an accretion of truth. In fact, this process is occurring, in fits and starts.

If “conspiracy theory” really has lost impact – and apparently it has – as a way of debunking criticism of the Deep State, this is certainly a setback for modern propaganda.

Additionally, “when it comes to “fake news,” the mainstream media is going to have to speak with one voice in order to disparage factual information.

But fewer and fewer people believe the mainstream media. Thus, if the media places its communicative muscle behind tarring certain cogent criticisms as “false,” it will likely only speed up the decline of mainstream credibility.

Conclusion: Of course, those in power could ban the Internet outright, but it’s probably too late for that – and wouldn’t work effectively in any case.

1 thought on “Enter Fake News As Replacement For Conspiracy Theory?”