And it has passed …

– Britain Passes The “Snooper Charter” Ending All Privacy – Edward Snowden: “The UK has just legalized the most extreme surveillance in the history of western democracy. It goes farther than many autocracies.” 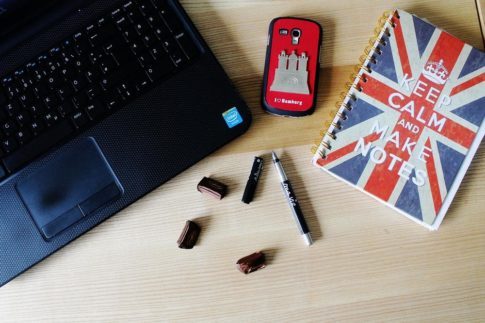 These results align themselves with research carried out by Hide My Ass! which found that two-thirds (62%) of people incorrectly attributed quotes taken from the Investigatory Powers Bill to popular dystopian fiction like Nineteen Eighty-Four, Brave New World, The Hunger Games and The Matrix.

Danvers Baillieu, Chief Operating Officer at Hide My Ass!, said: “The Snoopers’ Charter is bewildering in its current form and would allow the government to pry into our lives via technology that has seriously sinister abilities.” Baillieu added: “We firmly believe that everyone is entitled to a private digital life free from unnecessary intrusions. As a result, we’re seeing growing numbers of everyday web users using virtual private networks to protect their personal data from prying eyes.”

Due to the lack of understanding and/or awareness of the Snoopers’ Charter gives great cause for concern because if enacted into law, the IP Bill would be a serious blow for British citizens’ right to privacy and civil liberties – today and for future generations.

The draft legislation of the Snoopers’ Charter was passed by the House of Commons and recently, the second reading of the IP Bill took place in the House of Lords with some members expressing concerns around the privacy of the general public, as well as the need to protect journalists and their sources.

Lord Strasburger said: “Strong encryption, as the Government have recognised in this House, is vital to our personal security and the integrity of our finance and commerce sectors. If [the bill] were enacted unchanged, innocent UK citizens would not be far behind their North Korean and Chinese counterparts in a contest to be the most spied-on population in the world. The powers in the Bill are very broad and very intrusive–more so than in any of our democratic allies.”

The Snoopers’ Charter still has some way to go before being enacted into law. The draft IP bill has to go through committee stage, report stage and a third reading – and with some members of the House of Lords raising concerns around the privacy of internet users’ personal information and the wording of the draft bill, amendments to it look highly likely.

The legislation currently in place (parts of DRIPA – the Data Retention and Investigatory Powers Act, which expires 31 December 2016 and which the Snoopers’ Charter will partly replace), means that some type of surveillance power needs to be implemented tout de suite.

What is the Snoopers’ Charter?

The Snoopers’ Charter will give extensive, indiscriminate surveillance powers to law enforcement and security agencies. Under the Snoopers’ Charter, ISPs and telecoms companies will be required to store, for a year, every British person’s communication data, including their texts, the websites they have visited, emails, which social media accounts they own, the apps they use, – all analysed without the need for a warrant, according to the Open Rights Group campaign “Snoopers’ Charter”.

Bella Sankey Director of Policy for Liberty, said: “This bill would create a detailed profile on each of us which could be made available to hundreds of organisations to speculatively trawl and analyse. It will all but end online privacy, put our personal security at risk and swamp law enforcement with swathes of useless information.”

The Open Rights Group says that if the Snoopers’ Charter is passed,“the police only need to get internal sign off to look at this data. Government departments, like the Department of Work and Pensions, can look at this data too”, but also HMRC, GCHQ, the NHS (National Health Service), and the Food Standards Agency!

The vast majority of us, of course, have committed no crime, but under the Snoopers’ Charter this will be irrelevant as law enforcement and security agencies will be able to hack into your computer or tap into your phone – even if you’re not suspected of a crime. While it’s important to keep our kids safe on the internet and the nation from terrorism, many human rights groups and privacy advocates, including the Open Rights Group, say that the Snoopers’ Charter has gone too far.

What does the Snoopers’ Charter mean for British citizens if enacted into law?

Currently, under parts of the existing communications surveillance law, the Data Retention and Investigatory Powers Act (DRIPA), internet service providers can be requested to provide a certain amount of customer communications data (including internet activity or phone records), for a minimum of one year. However, the Snoopers’ Charter, if passed, will go one step further to “enhance powers in one area – that of communications data retention”.

This basically means bulk collection of people’s data, including Internet Connection Records (ICRs) – logs of websites visited, but also prying into people’s online lives. The UK government say that ICRs are the same as an itemised phone bill, however this has rightly ruffled a number of feathers, including a number of MPs who say that bulk collection of data should be targeted rather than indiscriminate.

“We also believe that, in order to protect civil liberties, surveillance should be targeted, with warrants from courts that ensure they are focused, specific and based on reasonable suspicion,” said SNP MP Joanna Cherry, speaking to The Telegraph.

If the Snoopers’ Charter is passed into law, will we see a rise in the number of VPN users?

Independent UK broadband comparison website, Broadband Genie, recently conducted a survey which found that 40 per cent of those surveyed who don’t currently use a VPN would consider it if the Snoopers’ Charter is enacted into law. That’s quite a significant number of people!

The survey from Broadband Genie also discovered that Google searches for VPN terms have increased by 51 per cent in the first quarter of 2016.

One way to stop governments, ISPs and other third parties from snooping in on your online activity is to use a VPN. When you connect to any one of +930 HMA! Pro VPN servers you are assigned one of our IP addresses, your data is encrypted giving you privacy online that allows you to browse the internet anonymously.

Now is the perfect time to grab yourself a bargain on VPN – in the HMA! Pro VPN Summer Sale!