Here is the article in full: 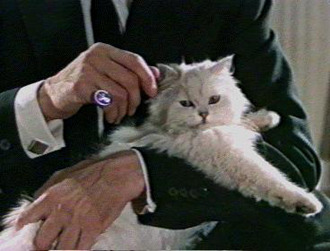 Bilderberg. Whether you believe it’s part of a sinister conspiracy which will lead inexorably to one world government or whether you think it’s just an innocent high-level talking shop, there’s one thing that can’t be denied: it knows which way the wind is blowing. (Hat tips: Will/NoIdea/Ozboy)

At its June meeting in Sitges, Spain (unreported and held in camera, as is Bilderberg’s way), some of the world’s most powerful CEOs rubbed shoulders with notable academics and leading politicians. They included: the chairman of Fiat, the Irish Attorney General Paul Gallagher, the US special representative for Afghanistan and Pakistan Richard Holbrooke, Henry Kissinger, Bill Gates, Dick Perle, the Queen of the Netherlands, the editor of the Economist…. Definitely not Z-list, in other words.

Which means one of two things.

Either it was a printing error.

Or the global elite is perfectly well aware that global cooling represents a far more serious and imminent threat to the world than global warming, but is so far unwilling to admit it except behind closed doors.

Let me explain briefly why this is a bombshell waiting to explode.

Almost every government in the Western world from the USA to Britain to all the other EU states to Australia and New Zealand is currently committed to a policy of “decarbonisation.” This in turn is justified to (increasingly sceptical) electorates on the grounds that man-made CO2 is a prime driver of dangerous global warming and must therefore be reduced drastically, at no matter what social, economic and environmental cost. In the Eighties and Nineties, the global elite had a nice run of hot weather to support their (scientifically dubious) claims. But now they don’t. Winters are getting colder. Fuel bills are rising (in the name of combating climate change, natch). The wheels are starting to come off the AGW bandwagon. Ordinary people, resisting two decades of concerted brainwashing, are starting to notice.

All this, of course, spells big trouble for the global power elite. As well as leading to  food shortages (as, for example, it becomes harder to grow wheat in northerly latitudes; adding, of course, to such already-present disasters as biofuels and the rejection of GM), global cooling is going to find electorates increasingly angry that they have been sold a pup.

Our fuel bills have risen inexorably; our countryside, our views and our property values have been ravaged by hideous wind farms; our holidays have been made more expensive; our cost of living has been driven up by green taxes; our freedoms have been curtailed in any number of pettily irritating ways from what kind of light bulbs we are permitted to use to how we dispose of our rubbish. And to what end? If man-made global warming was really happening and really a problem we might possibly have carried on putting up with all these constraints on our liberty and assaults on our  income. But if it turns out to have been a myth…… 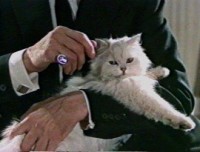 Well then, all bets are off.

The next few years are going to be very interesting. Watch the global power elite squirming to reposition itself as it slowly distances itself from Anthropogenic Global Warming (“Who? Us? No. We never thought of it as more than a quaint theory…”), and tries to find new ways of justifying green taxation and control. (Ocean acidification; biodiversity; et al). You’ll notice sly shifts in policy spin. In Britain, for example, Chris “Chicken Little” Huhne’s suicidal “dash for wind” will be re-invented as a vital step towards “energy security.” There will be less talk of “combatting climate change” and more talk of “mitigation”. You’ll hear enviro-Nazis like Obama’s Science Czar John Holdren avoid reference to “global warming” like the plague, preferring the more reliably vague phrase “global climate disruption.”

And you know what the worst thing is? If we allow them to, they’re going to get away with it.

Our duty as free citizens over the next few years is to make sure that they don’t.

Al Gore, George Soros, Bill Gates, Carol Browner, John Holdren, Barack Obama, David Cameron, Ed Miliband, Tim Yeo, Michael Mann, Ted Turner, Robert Redford, Phil Jones, Chris Huhne, John Howard (yes really, he was supposed to be a conservative, but he was the man who kicked off Australia’s ETS), Julia Gillard, Kevin Rudd, Yvo de Boer, Rajendra Pachauri….The list of the guilty goes on and on. Each in his own way – and whether through ignorance, naivety idealism or cynicism, it really doesn’t matter for the result has been the same – has done his bit to push the greatest con-trick in the history of science, forcing on global consumers the biggest bill in the history taxation, using “global warming” as an excuse to extend the reach of government further than it has ever gone before.

It is time we put a stop to this. In the US, the Tea Party movement is showing us the way. We need to punish these dodgy politicians at the ballot box. We need to ensure that those scientists guilty of malfeasance are, at the very least thrown out of the jobs which we taxpayers have been funding these last decades. We need to ensure that corporatist profiteers are no longer able to benefit from the distortion and corruption of the markets which result from green regulation.

We need a “Global Warming” Nuremberg.