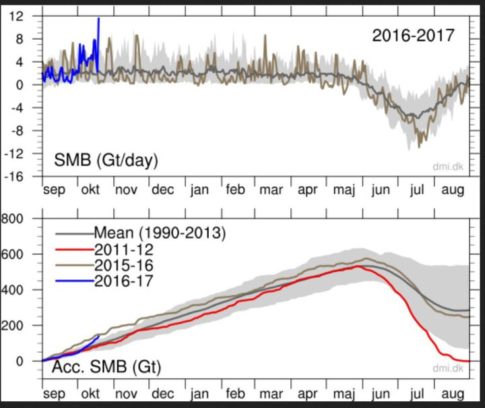 After the harsh cold October 2016, the weather models are threatened with an unusually early winter break at the October / November 2016 monthly change.

In this case, snowfall down to the lowlands is possible.

The JRC is now expecting an imminent slump in polar ice in large parts of Europe on the night of 1 November 2016.

On the back of a large low-pressure system over north-eastern Europe air masses are performed with temperatures around minus -35 ° C in approximately 5500 m height to Central Europe in a broad stream.