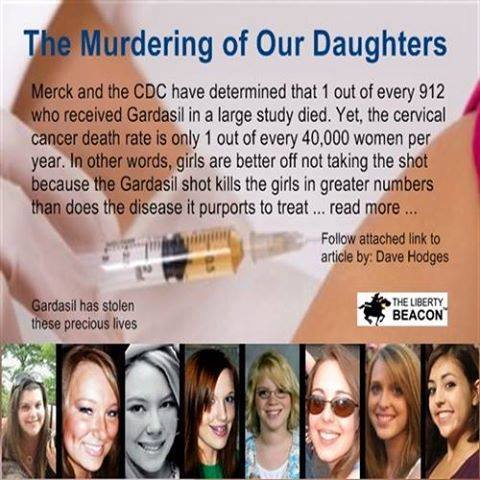 – Did Stephen Hawking just admit that certain vaccines are a threat to mankind?:

Stephen Hawking, one of the world’s greatest minds, believes that genetically modified viruses are one of the greatest threats to mankind. When speaking to the Radio Times before his BBC Reith Lecture, Professor Hawking stated, “We face a number of threats: nuclear war, global warming and genetically engineered viruses.”

The fact that genetically modified viruses were ranked among the likes of nuclear war by one of the brightest individuals in the world should be very alarming. The term “genetically modified viruses” encompasses many different things. In addition to the potential for some of history’s most devastating viruses to be transformed into weapons of mass destruction, there is also an increasing presence of GM viral strains in vaccines. These may also represent a cause for concern.

Many of today’s most common vaccines contain genetically modified viruses, or weakened versions of the original virus. Supposedly, these “weakened strains” should be easy enough for the body to fight off, but there is one key factor many forget: Viruses mutate. Even though these strains have been modified, they are still capable of becoming something more powerful and more harmful. Vaccines are, in this way, a potential vector for disease or other conditions.

The polio vaccine is a prime example of what can happen when a vaccine goes wrong. Non-polio acute flaccid paralysis (NPAFP) is a condition that became a widespread problem in India following mass vaccination against polio. The disease is actually considered to be worse than polio itself. Natural News reported that, “[T]he Indian Journal of Medical Ethics (IJME) explains that, clinically, NPAFP is indistinguishable from polio paralysis. But according to the Office of Medical & Scientific Justice (OMSJ), NPAFP is twice as deadly as polio paralysis, and yet was not even an issue in India prior to the rollout of the massive polio vaccine campaigns.”

India’s National Polio Surveillance Project also found that the number of NPAFP cases rose directly in proportion to increased polio vaccination. This association could suggest that NPAFP occurs as a side effect of the polio vaccine. And of course, NPAFP isn’t the only condition associated with the polio vaccine. Another condition that is characterized by paralytic symptoms similar or identical to those caused by wild-type polio also show themselves following the administration of polio vaccines. The condition is known as vaccine-associated polio paralysis, or VAPP. As we previously reported here at Natural News:

“India’s polio vaccine campaign appears to have induced a new epidemic of a much worse type of polio-related paralysis that is even more deadly than the first one. And based on the figures, overall rates of NPAFP in particular are now 12 times higher in India following the polio vaccine campaigns, with some areas of the country reporting rates as elevated as 35 times higher.”

The HPV vaccine Gardasil has also been associated with huge negatively effects, far worse than the disease it was allegedly designed to protect against. Gardasil is a quadrivalent human papillomavirus recombinant vaccine that contains – you guessed it – a genetically modified virus. And yet, a study by the Journal of the American Medical Association revealed that the vaccine has unexpectedly caused episodes of fainting and life-threatening blood clots, in addition to other conditions like Guillain-Barre Syndrome – where the body’s immune system attacks the peripheral nervous system and causes paralysis. What is most concerning though is that in a statement to the media, it was announced that many of these adverse effects were occurring disproportionately; in other words, effects such as blood clots and fainting were occurring more than they should have.

In addition to the concerns over the effects vaccines are already having, there is another big risk that genetically modified viruses pose. You see, despite the ego of modern science and biotechnology, we simply cannot predict with certainty what these modified viruses will become. Mutation of modified viruses could be extremely harmful, and possibly even lead to the outbreak of new diseases – like in India. While vaccine makers like to believe that they have thought of everything, the number of people who have already been harmed demonstrates that they clearly don’t know all that they believe they do.

1 thought on “Did Stephen Hawking just admit that certain vaccines are a threat to mankind?”