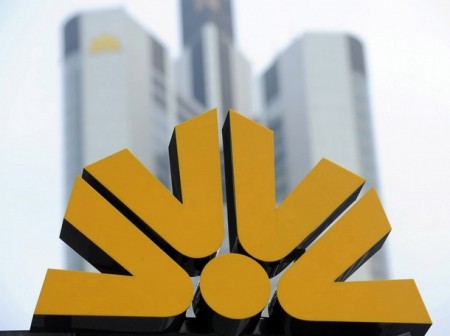 With Deutsche Bank mercifully missing from overnight headlines for the first day in almost two weeks, it is time to bring attention to Germany’s second largest bank which, as we first reported earlier in the week citing a Handelsblatt leak, confirmed it is also going through a historic rough patch. This morning, Commerzbank said it plans a wide-ranging business restructuring that includes scrapping the bank’s dividend for the rest of the year, terminating nearly 10,000 jobs – roughly 20% of its workforce – and merging two large units.

“The focus on the core business, with some business activities being discontinued, and the digitalization and automation of workflows will lead to staff reductions amounting to around 9,600 full-time positions,” Germany’s second-largest lender said.

The plan, according to the WSJ, is a strong sign new Chief Executive Martin Zielke is determined to shrink the partially state-owned bank amid a protracted period of ultra-low or negative interest rates and weak client demand.

While the overhaul and liquidity “shoring” was previously reported in recent weeks, it came as a surprise because the bank portrayed the picture of an institute that is done emerging from an extensive overhaul when former Chief Executive Martin Blessing in November last year said he would leave the bank. However, now the bank is merging its investment bank with the unit that caters to small and midsize enterprises. The renewed efforts to streamline Germany’s second-largest bank mark the first moves Mr. Zielke, who took the helm at Commerzbank in May.

There is a silver lining: the 20% headcount reduction will be offset by the hiring of 2,300 new workers as the bank efforts to make workflows more digital.

The bottom line: the restructuring will cost about €1.1 billion ($1.2 billion) and it will book a €700 million loss in the third quarter. It added that it would therefore scrap dividend payments for “the time being.” It paid €0.20 a share in May for 2015, the first dividend since its €18 billion government bailout in 2008, and originally planned to pay a dividend for this year.