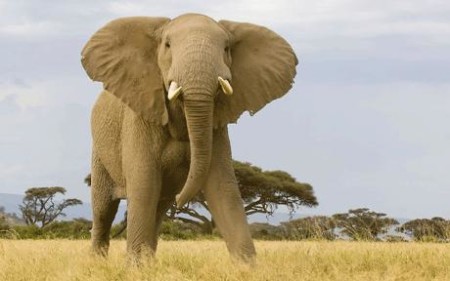 Dairy Farmers of America Inc., Land O’Lakes, Dairylea Cooperative Inc. and Agri-Mark Inc. had more than half a million cows turned into cheap hamburger to increase the price of dairy products, according to Off The Grid News.

The deal was put into motion with support from the National Milk Producers Federation (NMPF), an organization established in 1916 that’s responsible for governing the majority the United States’ milk supply.

The group “develops and carries out policies that advance the well-being of dairy producers and the cooperatives they own,” according to its website.

“NMPF provides a forum through which dairy farmers and their cooperatives formulate policy on national issues that affect milk production and marketing. NMPF’s contribution to this policy is aimed at improving the economic interests of dairy farmers, thus assuring the nation’s consumers an adequate supply of pure, wholesome, and nutritious milk and dairy products.”

The NMPF, a lobbyist group for the dairy industry, organized the slaughter under an organization called Cooperatives Working Together (CWT), which consists of the four aforementioned brands.

CWT states on its website that it’s a “voluntary, producer-funded national program developed by the National Milk Producers Federation (NMPF), to assist family farmers. CWT was designed by dairy farmers for the benefit of dairy farmers.”

Formed in July 2003, CWT operates as a separate entity within the NMPF. The group is funded by dairy farmers that produce nearly 70 percent of the nation’s milk.

“Under the Export Assistance program, CWT has helped to export 281 million pounds of cheese, butter, anhydrous milk fat, and whole milk powder to 56 countries on four continents – the equivalent of nearly 5 billion pounds of milk.”

The so-called program under which the cows were killed is titled the “herd retirement program.”

The farmers who gave up their dairy cows for slaughter were reportedly paid above the market rate for them. An analysis by Scott Brown with the University of Missouri-Columbia found that the slaughter increased dairy prices by 66 cents per hundredweight, the standard wholesale measure for milk equal to 100 pounds.

The butchering prompted a lawsuit under which the plaintiffs received $52 million. They argued and won in court on the assertion that the killings violated the Capper-Volstead Act, a federal law prohibiting price fixing.

“No [dairy farmers] got rich on that program,” Gary Genske, an accountant and farmer in New Mexico told Bloomberg, adding that farmers need the program. “It was those who were financially strapped and found that as a great exit strategy,” he said.

Genske, who is the treasurer of the National Dairy Producers Organization, says that farmers earn less than 33 percent of the retail price of milk.

“These dairy farmers are up against a terrible reality,” said former New York dairy farmer Nate Wilson in an interview with Bloomberg.

“They don’t have any way to throttle the production of milk other than to eliminate cows. And when the price of milk goes down to ruinous levels, it’s basically the only way out.”

However, the plaintiffs’ attorney argued that not all farmers sold their cows out of necessity. The Capper-Volstead Act prevents farmers from getting together “to sell their milk to decide how much they were going to produce.”

The $52 million settlement will be paid out to some people residing in the following regions between 2003 and 2016: Arizona, California, Kansas, Massachusetts, Michigan, Missouri, Nebraska, Nevada, New Hampshire, Oregon, South Dakota, Tennessee, Vermont, West Virginia and Wisconsin or the District of Columbia.

To learn if you may be eligible, click here.