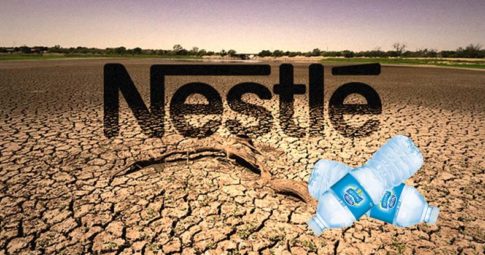 Corporate giant Nestlé continued its privatization creep on Thursday as it won approval to take over another Canadian community’s water supply, claiming it needed the well to ensure “future business growth.”

Nestlé purchased the well near Elora, Ontario from Middlebrook Water Company last month after making a conditional offer in 2015, the Canadian Press reports.

In August, the Township of Centre Wellington made an offer to purchase the Middlebrook well site to protect access to the water for the community. Consequently, the multinational—which claimed it had no idea the community was its competitor—waived all its conditions and matched the township’s offer in order to snag the well for itself.

Those conditions included conducting pump tests to determine if the watershed met the company’s quality and quantity requirements, the Canadian Press reports.

Moreover, Nestlé has stated that the Middlebrook site will only be a backup for its other nearby well and bottling plant in Aberfoyle, where the corporation already draws up to 3.6 million liters (roughly 951,000 gallons) of water a day. The company reportedly plans to extract as much as 1.6 million liters (almost 423,000 gallons) a day from Middlebrook to be transported to its bottling facility.

All this comes as parts of southern Ontario and British Columbia face severe drought conditions amid dwindling water supplies and Nestlé pushes to renew its permits for its Aberfoyle plant, the advocacy group Council of Canadians warned.

The organization on Thursday launched a Boycott Nestlé campaign which states, “Groundwater resources will not be sufficient for our future needs due to drought, climate change, and over-extraction. Wasting our limited groundwater on frivolous and consumptive uses such as bottled water is madness. We must not allow groundwater reserves to be depleted for corporate profit.”

Council of Canadians chairperson Maude Barlow told the Canadian Press about the Aberfoyle plant, “Allowing a transnational corporation to continue to mine this water is a travesty, especially given that most local people can get clean, safe, and affordable water from their taps.”

She also noted to the Canadian Press that the Elora well “sits on the traditional territory of the Six Nations of the Grand River, 11,000 of whom do not have access to clean running water.” 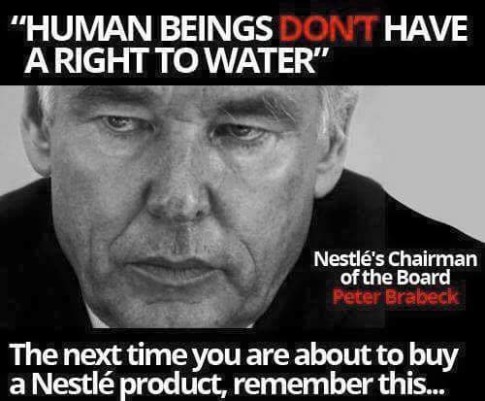 … and if you can, please support my work …