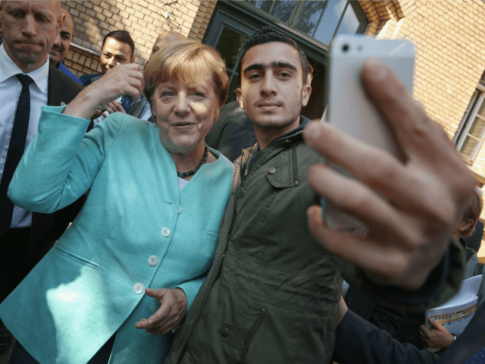 – Merkel’s “We Can Do It” Scorecard: Just 54 Refugees Hired At Germany’s Biggest 30 Companies:

Last year, over one million refugees poured into Germany. Chancellor Angela Merkel said,“Wir schaffen das” — “We can do it.”

These refugees were supposed to start an economic boom.

The actual results show far more German women were raped or assaulted by the refugees than found employment at the thirty largest German companies. 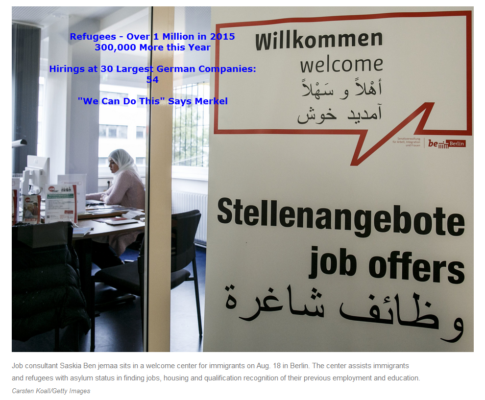 A year ago, as Germany opened its borders to a surge of migrants and refugees, Chancellor Angela Merkel said,”Wir schaffen das” — “We can do it.”

Many expected that the influx of new arrivals would help Germany’s economy, already the strongest in Europe. Big players in German business were enthusiastic. Dieter Zetsche, the CEO of Daimler, the big car maker, predicted a new “economic miracle.” Frank Appel, the CEO of Deutsche Post, the huge courier company, praised the additional value for the labor market that the refugees would bring.

But the miracle hasn’t happened. One out of three German companies says it plans to hire refugees this year or next. But only 7 percent of all German firms have actually done so in the last 24 months, according to the Institute for Economic Studies in Munich, which polled managers earlier this year.

The assumption was that asylum seekers would primarily include people with relatively high education levels, comparable to German degrees. But in fact, many who arrived are unskilled and can understand neither English nor German. [What jackass made that assumption?]

And a grand total of 54 refugees have managed to find employment with the country’s biggest 30 companies, according to a survey in June by the daily Frankfurter Allgemeine Zeitung. Fifty of them are employed by Deutsche Post.

Results Speak For Themselves 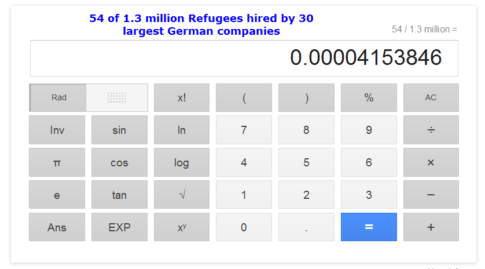 On New Years evening alone as many as 1,200 women were molested in sexual attacks.