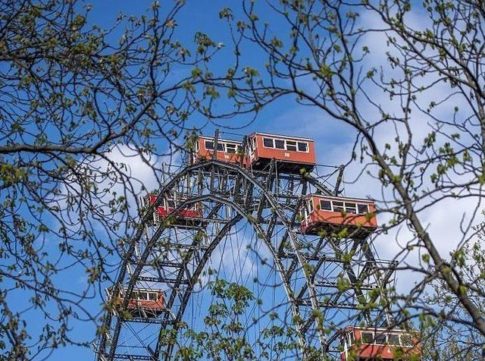 Over 50 Afghan migrants fought among themselves and with police in one of the Austrian capital’s most famous parks and the site of several past migrant crimes.

Police were alerted to a massive fight between Afghan migrants at the Venidiger Au, a park across the street from Vienna’s famous Praterstern amusement park over the weekend. In the late hours of Friday night the migrants attacked each other in the small park and when police tried to calm the situation the migrants attacked them as well. An amateur martial artist also helped authorities and was lauded on social media for helping the authorities

An amateur martial artist also helped authorities and was lauded on social media for helping the authorities reports Kurier.

Just after 11pm on Friday night amateur martial artist Florian Klapetz witnesses the start of the mass brawl between the migrants. Through an acquaintance he was able to call the police who arrived on the scene shortly after.

When police arrived the migrants, who witnesses say numbered at least 50, began to also attack the officers. Mr. Klapetz offered his help to the police who he said looked upon him as a colleague.

An eye witness described the scene noting that 38-year-old Klapetz had gone up against the Afghans by himself saying, “The guy went off alone against this group.” The witness noted that many of the Afghans then began to flee the scene. Several dozen police arrived a short time afterward and arrested 16 migrants on suspicion of assault and battery.

Vienna police spokesman Patrick Maierhofer said that during the ordeal only one or two of his officers had been injured and that of those injured their wounds were very minor.

While Florian Klapetz was lauded by many on the internet some criticised him for his actions. Responding to his critics he amateur martial artist said, “I want to make it clear straight away that it would not have mattered to me if there were Austrian, Liechtenstein or even Afghans. Courage is a must. Nevertheless, I would recommend to others, to be careful to act.”

The Praterstern area of Vienna has become increasingly more dangerous as a result of the influx of migrants over the last year and is a favourite hot spot for migrants to congregate.  Earlier this year in January the area was the scene of a brutal rape of an Austrian girl by an Afghan migrant and had to be rushed to hospital.

In April another young woman was raped at the Praterstern by several migrants from Afghanistan while she was using the toilet. The incident sparked outrage among Austrians and some claimed helped Freedom Party candidate Norber Hofer win the first round of the Austrian presidential elections which was voted on only two days later.  Hofer will once again face off against pro-migrant rival Alexander Van der Bellen on October 2nd after the results of the second round of voting were annulled due to large scale issues with postal ballots.