Malta is set to become the first EU country to ban the use of the controversial weedkiller glyphosate, which was reauthorised by the European Commission this month despite Malta’s opposition. 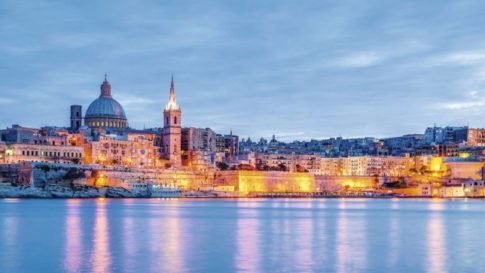 An Environment Ministry spokeswoman told the Times of Malta that the government had begun the process of banning the chemical, which is considered a “probable human carcinogen” by the World Health Organisation cancer agency.

“Malta’s position remains against the use of glyphosate and Malta voted against it without reservations,” the spokeswoman said, confirming that the pesticide regulator was currently implementing political direction given by the Ministry towards a ban.

In comments to this newspaper yesterday, a spokesman for Friends of the Earth Malta applauded the government’s decision, describing it as a victory for civil society.

“The decision shows courage from government’s side as it chose to listen to the concerns of experts and individuals who have demanded that our fields, streets and gardens would be free from this risky weed killer.

“We also hope that other European countries grab this opportunity to make European farming safer and greener, which is what the public wants.”

The European Commission controversially approved a temporary 18-month extension of the licence for glyphosate, despite a lack of agreement from member states, allowing time for new studies into claims the substance could cause cancer.

Experts from member states did, however, set conditions such as increasing scrutiny of pre-harvest use of glyphosate and minimising the chemical’s use in areas like parks and playgrounds.

Malta was the only country to vote against an extension in a meeting in early June, but abstentions from France and Germany (among several others) meant the required limited majority could not be reached.

France changed its position and opposed the extension outright later in the month, and is now reported to be considering a national ban of its own.

In Malta, at least 25 local councils have already banned the use of glyphosate in their localities, while Maltese MEPs from both parties have also spoken out in favour of a ban at European level.

There is currently no scientific consensus on the safety of glyphosate. The International Agency for Research on Cancer considers it a “probable carcinogen” although it does not consider the likelihood of cancer being caused under normal conditions.

The European Food Safety Agency, meanwhile, concluded that glyphosate is “unlikely” to cause cancer, but the scientific basis of the agency’s report has been heavily contested.

Environment Minister José Herrera has said that Malta’s opposition to glyphosate is based on the precautionary principle, which states that potentially hazardous protects should not be used unless they can be proven safe.