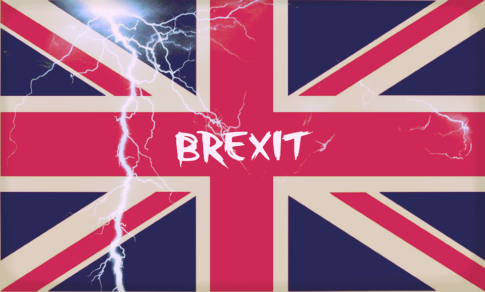 – Brexit and the Matrix:

The EU and its associated financial institutions were built on the premise that no one would escape. That’s the long and short of it.

But of course, nations could get out if they decided to.

Which is what just happened in Britain.

And now that it has, elites and their fear-mongering press outlets are moaning and shouting and whining: “You fools, do you have any idea what you’ve just done? You’ve thrown a wrench into the structure. Are you crazy?”

Translation: “We’re in charge. We’re the lords in the castles. You’re the peasants in the fields.”

Of course, all along, the cover story has been: the EU is a step toward paradise; it bestows grace and beauty on humanity; it erases ugly borders; it makes people One; it fosters share and care; it smooths out conflicts; it makes us brothers and sisters.

Sure it does. That’s what all huge faceless bureaucracies accomplish.

When they’re exposed, all that fake goodness suddenly goes away. They spew hate. And they scream in anguish.

What’s occurring at the moment is very much like an old horror movie, where the humanoid villain is backed up against the wall, and someone tears his face away and exposes…machinery. Nothing but little wheels and cogs and wires and tubes. The truth is out.

What a monstrous joke it is that the young, in Britain, voted to remain in the EU. The EU is a right arm of Globalist forces. The same young people yammer and protest against Globalism, but because they’re absolutely clueless, they want to stay in the EU. The young: turned into hypnotic products of the education system.

There was a day, not so long ago, when the phrase “decentralization of power” meant something. It’s not used anymore. The press has it on their no-fly list.

Governments, major media, large foundations have worked the phrase out of existence. Instead, they’ve helped create every kind of special interest group under the sun—they’ve taken people who might actually want decentralization and shoved them into various groups, according to gender, race, religion, needs, and so on…and promised them “equality” and special help…as long as they go along with big government…thereby strengthening Control Central.

(And they’ve taken people who already want decentralization and propagandized them as outliers, criminals, psychiatric patients, terrorists, and racists.)

“We’re talking to you helpless masses now. You might want to decentralize government power? No, no, no, no. You’re looking at things the wrong way. First of all, who are you? What’s your religion, race, gender, disability? We have the right group for you. You can achieve all your aims that way, because we help groups. You see? We’re on your side. We, the government, are rebels, too. But we need our power to make change happen. Revolutionary change. Don’t rebel against us. Don’t try to diminish our strength. Join us. Benefits are waiting for you. Lots and lots. Get it?”

For a moment in time, a lot of people in Britain didn’t get it. They went the other way. They peeled off one layer of centralized control over their lives.

This now sets up a classic dialectic situation. Two opposing forces in conflict. And not just in England. The same sort of reaction is peaking in other European countries who want to test the waters of defection from the EU; and of course, in the US, Trump vs. Hillary represents a “perfect polarization.” Whether or not these oppositions were covertly built in the first place behind the scenes, their existence now makes them ripe for overarching manipulation.

What shape would that manipulation take?

Among other maneuvers, such as “new reports” of increasing unemployment, trading-market chaos and downward trends, we would see an escalation of riots, protests, clashes.

And the “solution, for sake of the population,” would be “restoration of order.” Translation: even more centralized power.

However, plans don’t always work. Don’t imagine that control from above is always flawless and god-like.

Defection from centralized power can take many forms, exposing many cracks in the foundation. Pillars can fall.

Major media are already on oxygen life-support. The Vatican and other crusty mainstay institutions are also sucking some of that oxygen. Because of the Web, untold numbers of people are waking up, in ways too numerous and varied to catalog. Even a few minor whiffs of freedom have their own power, and individual freedom is contagious beyond any kind of political drug or vaccine developed to stop it.

The game is afoot.

Even the most cynical interpretation of Brexit—that it was set up from behind the curtain as a way to flush out rebellion, which would then be squashed—doesn’t fully explain what just happened in Britain.

People can decide they’ve had enough of tyranny. They can take their suspicion of their leaders to a level where palliatives don’t work anymore. They can see the shape of the future that is being created for them, and they can toughen their refusal. They can push away from the table loaded with goodies and freebies, feeling sick, feeling patronized, feeling diminished. They can turn off the talking heads that preach Official Messages. They can discover further ways their freedom is being stolen from them, and they can rebel more deeply.

Eventually, they can come to a place where they rediscover their own existence as individuals, inviolate, alive, absent of the need for a bloated super-structure of “support.”

As this rediscovery happens, you won’t see it reflected in charts of trending stories. Newly awakened individuals will be thinking and creating and muscling their way through the decaying anatomy of the Deep State, making futures that cut away the tissues of connections that formerly bound them.

But bind them no more.

The grotesque creatures who’ve made their living, for decades, promoting and hustling Globalism as the grand solution, have failed to answer the fatal question: who is supposed to be in charge of imposing utopia on the world? Who are the messiahs of management bringing us all good things for our own good? After all, if gods are descending from the mountaintop to install paradise, shouldn’t we have a look at them, at their faces, at their robes, at their bona fides?

If not, if they must remain invisible, something very much like Brexit is going to happen, as it just did. People are going to leave those messianic fronts, like the EU, in the dust, at the side of the road.

O great gods of Globalism, at the top of the food chain, show us your faces, tell us your stories, answer all our questions, submit yourselves to our extensive interrogation.

Your outpost in Europe, the EU, had its moment in the sun. It lied. That’s all it knew how to do.

Now it stands in a wasteland, winds blowing through its exposed skeleton.