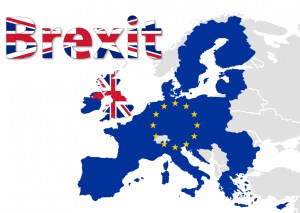 – In the aftermath of the #brexit vote, Europhiles make clear their contempt for democracy:

Despite the threats, bullying, dirty tricks, the wheeling out of scruffy celebrity has-beens and a spot of shark-jumping, the UK’s referendum on exiting membership of the EU superstate has passed.

Within hours, the media in Britain was awash with the finger-wagging, head-shaking and tut-tutting of talking heads who are apparently queuing up to make known their disgust at the errant behaviour of the “ignorant masses” in polling stations across the UK.

From the Common Purpose-infested EU-loving BBC to Rupert Murdoch’s Sky News, pundits are puzzling over “what went wrong” with the referendum. As if there could only ever be one acceptable result and that anyone not wanting to remain part of this corrupt, unaccountable, anti-democratic, free-speech hating, dictatorial institution that is increasingly unpopular with those who have to suffer its rule is a “hater”, a “racist” or a “fuddy-duddy”.

According to the self-important pundits the hoi polloi who voted “the wrong way” are just narrow-minded bigots, not people who are concerned with the EU waging war on the citizens of its member countries, ignoring their wishes and criminalising those who dare to dissent or protest.

The hive-mind mentality of the punditocracy was echoed on Twitter by social-justice warriors as well as current and aspiring EU gravy-train passengers.

Others are valiantly flying the social-justice warrior flag, heartily invoking the name of Hitler in their often reason-free reactions to this popular vote. In the eyes of these clueless individuals, anyone who is even in the slightest bit concerned about the fact that people are flooding into Europe that we don’t know the first thing about is a bigot. Those who are concerned about the deliberate manipulation of the demographics of European societies by means of uncontrolled migration is an outright racist. The pro-remain vote in London is testimony to the fact that ethnic English are now a minority in their own capital city, a situation the average social-justice warrior thinks the indigenous population should just learn to accept.

Fired up by an unassailable sense of self-righteousness, this particularly clueless example of the human species believes that we can solve all the world’s problems by opening our borders completely and singing “kumbaya” together, practicalities and pragmatics be damned.  Out on the streets, the intolerance of the intolerant was on full display on Friday evening, with protesters on London Bridge displaying their contempt for the democratically-expressed wishes of their fellow citizens.

Of course, as has been pointed out by numerous commentators, the result of the referendum is not binding on the UK’s government. Even if it is considered as binding, expect another referendum on the issue in the near future so that the misguided people of the United Kingdom will have an opportunity to see the error of their ways. Less than a day has passed and already there’s a “grass roots” demand for a re-run of the referendum. As if we haven’t seen that particular stunt before.