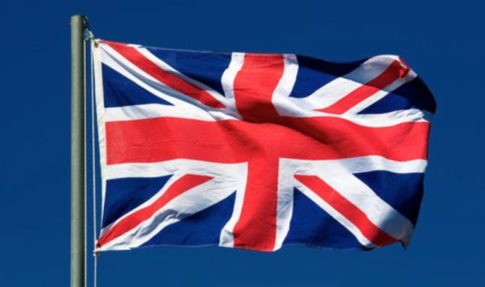 – Brexit = Death of the Technocrats:

My political opinions lean more and more to Anarchy (philosophically understood, meaning abolition of control not whiskered men with bombs) … the most improper job of any man, even saints (who at any rate were at least unwilling to take it on), is bossing other men. Not one in a million is fit for it, and least of all those who seek the opportunity.

What transpired last night in the United Kingdom represented one of the most extraordinary expressions of democracy in my lifetime. When faced with an event of such monumental significance, it’s difficult to pick any particular direction for a post like this. I have so many thoughts running through my mind and so many angles I could potentially address, it’s simply impossible to do them all justice. As such, I’ve decided to focus on one very meaningful implication of Brexit: death of the technocrats.

To start, I want to dive into one of the more interesting controversies from the weeks leading up to the vote. What I’m referring to is the statement made by Vote Leave’s Michael Grove regarding “experts.”

On Friday night, during an interview on Sky News about the EU, Faisal Islam challenged the Justice Secretary to name a single independent economic authority that thought Brexit was a good idea. Mr Gove’s response was defiant.

“I’m glad these organizations aren’t on my side,” he said. “I think people in this country have had enough of experts.”

Mr Islam spluttered incredulously. People in this country, he repeated, “have had enough of experts?”

Mr Gove stood his ground. Yes, he said, people in this country had had enough of experts “saying that they know what is best”. Mr Gove had “faith in the British people”. The so-called experts, clearly, did not.

For his words, Mr. Gove was attacked relentlessly. His language was described as dangerous, and he was scolded for its supposed anti-intellectualism. The “very smart people” issuing these condemnations did so in their typical self-satisfied, smug manner. Nonetheless, Michael Gove was absolutely correct in his assessment, and in this post I will detail precisely why.

First of all, what is an “expert?” From what I can gather this term is bestowed upon someone with an advanced degree who has successfully maneuvered him or herself into a position of prominence within government, a think tank, central banking or academia.

As someone who worked on Wall Street for a decade, I was constantly surrounded by people with advanced degrees from the most prestigious institutions. I also know that your degree means absolutely nothing the moment you walk in that door for the first day of work. You enter a place filled with people who have battling it out for years if not decades in their profession of choice, and the only thing that matters now is performance. If you don’t perform you’re gone, and nobody’s gonna care about the long sting of letters next to your name.

The world of politics, government and central banking famously and problematically does not work this way. Look around you at all the discredited “thought leaders” who continue to be paraded around on television, and who still advise Presidents and Prime Ministers the world over. In the aftermath of the 2008 financial crisis no changing of the guard was permitted. Sure we were given a fresh face with Barack Obama, but his advisers didn’t change. He immediately hired both Larry Summers and Timothy Geithner, and that’s the moment I knew he was a gigantic fraud. To summarize, the exact same people who ruined the world bailed themselves out, avoided all accountability and continue to call the shots. These are the men and women we know as “the experts.”

The point isn’t to say that having an advanced degree in a particular field of study doesn’t make an individual especially useful to society. It does. The issue here is accountability. If you want to go around calling yourself an expert and demanding that your views be implemented across a given civilization, you had better do a good job. If you do a poor job, you should be immediately replaced with someone who has a different perspective. After all, there are plenty of experts out there to choose from. Unfortunately, our societies tend to get stuck with egomaniacal, incompetent, but politically savvy experts who never go away. They can blow up the world a million times over and still somehow survive to call the shots. This is the main reason the world is in the state it’s in, and it’s the reason reactionary forces are rising across the globe.

The Brexit vote in itself proves the point. Sure, David Cameron has announced his intention to resign, but where are the the resignations of EU technocrats? If anyone was discredited by this vote it’s the leadership of the EU, but they aren’t going anywhere. Why? Because they’re experts, and experts stay around forever. Like Larry Summers, bank executives and neocon war mongers, these people never suffer the consequences of their actions and thus remain free to run around endlessly destroying the world from their unassailable perches of power.

That’s the point. Being an expert does not make you infallible. Your credentials should certainly offer you a seat at the policy making table, but from that moment on you had better demonstrate performance. It’s the same way with a corporate job. The resume gets you in the door, but your production day in and day out keeps you in the seat.

The status quo doesn’t see things this way. To the status quo technocrat, this is a lifelong position. They consider themselves to be the wise indispensable elders required to steer the world in the appropriate direction irrespective of any and all calamities they cause along the way. Unfortunately for us, history shows us that the biggest disasters happen precisely when you combine such expert arrogance with unbridled power.

One of the best modern examples of this relates to the tale of the 1990’s mega hedge fund Long Term Capital Management (LTCM). A story that was perfectly captured in the excellent book by Roger Lowenstein, When Genius Failed.

The leadership of LTCM was hailed as the best of the best from the beginning and expectations were high. It’s principals consisted of not only Wall Street veterans but also several former university professors, including two Nobel Prize-winning economists. Yet, what transpired after only five years in operation was one of the most spectacular failures of modern times. A train wreck so large and so completely out of control, it required a Federal Reserve led bailout.

What happened with LTCM is happening right now across the political and economic spheres in virtually all nations. You have a collection of self-assured, arrogant “experts” running the world into the ground with their policies. As I said earlier, I have no problem with experts. I have a problem when experts are permitted to operate with zero accountability. The EU represents such technocratic immunity better than any other institution in the Western world. The British people recognized that they couldn’t remove these technocrats from power from within (something proven once and for all by the fact no EU leaders have resigned), so they decided to leave. I commend that choice and I think the sooner the status quo is disposed of, the greater the likelihood for a positive longterm outcome.

As I warned last year in my post, A Message to Europe – Prepare for Nationalism:

Actions have consequences, and people can only be pushed so far before they snap. I believe the Paris terror attacks will be a major catalyst that will ultimately usher in nationalist type governments in many parts of Europe, culminating in an end of the EU as we know it and a return to true nation-states. Although I think a return to regional government and democracy is what Europeans need and deserve, the way in which it will come about, and the types of governments we could see emerge, are unlikely to be particularly enlightened or democratic after the dust has settled.

My thoughts and prayers go out to all the victims of these horrific events, but the Paris attacks didn’t happen in a vacuum. The people of Europe have already become increasingly resentful against the EU,  something which is not debatable at this point. This accurate perception of an undemocratic, technocratic Brussels-led EU dictatorship was further solidified earlier this year after the Greek people went to the polls and voted for one thing, only to be instructed that their vote doesn’t actually matter.

Actions have consequences, and we’ve now witnessed the first of these consequences. The “experts” have warned us of the disaster to befall Great Britain should it Brexit. Well we now have front row seats from which to observe the outcome of the UK versus large economies that remain in the euro such as France, Spain and Italy. As usual, I suspect the experts will be wrong.

If the British Vote for Brexit, Will They Get the Greek Treatment?