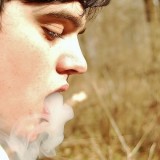 – After Legalizing Recreational Weed, Teen Use in Colorado Lower Than Rest of Country:

Cannabis prohibitionists have long cautioned that legalizing the plant will inevitably lead to increased use among teens, couching their restrictive beliefs in concern for the youth. While some of these concerns may be genuine, a recent survey from the Colorado Department of Public Health and Environment demonstrates — for the second year in a row — that youth in Colorado do not use cannabis any more than teens in other parts of the country. In fact, by at least one measure, they use less.

The Healthy Kids Colorado survey is a “voluntary survey that collects anonymous, self-reported health information from middle and high school students across Colorado,” according to the initiative’s website. Over 17,000 middle- and high-schoolers throughout the state were randomly selected to participate. The survey is conducted every other year, and the 2015 version, released this week, confirmed the 2013 findings that marijuana use among teens in Colorado had fallen flat.

“The 2013 version of the survey found that 19.7 percent of teens had used marijuana in the past month. The 2015 version puts that number at 21.2 percent, but Larry Wolk, the executive director of the Colorado Department of Public Health and Environment, said that increase is not statistically significant — meaning it could be a wiggle in the data and not a meaningful increase. In 2009, at the beginning of the state’s boom in medical marijuana stores, the rate was 24.8 percent.”

The survey analysts found 78 percent of teens, roughly four out of five, had not used cannabis in the last month.

In addition to the survey’s conclusions that cannabis use among youth failed to skyrocket — as detractors from legalization predicted it would — the survey found cannabis use among teens in the state was actually lower than teens around the country, solidifying prior research that has found teen use does not increase with legalization. Whereas 21.7 percent of teens across the country currently use cannabis, 21.2 percent do so in Colorado. While the difference is small — and therefore attributable to statistical variables — at the very least, the rates are nearly identical, indicating legalizing the plant does not create a cavalcade of teenage stoners wantonly puffing dope on the streets.

Rather, the most widely-used drug, the survey found, was alcohol, with 59 percent of Colorado teens saying they had used it at least once (compared to 63 percent across the rest of the country). In contrast, just 38 percent of Colorado teens said they had used cannabis, tying with the teens across the rest of the country. Colorado teens’ use of alcohol fell several percentage points from the 2011 and 2013 surveys, both for teens who had ever used the drug and those who had binged on it — five or more drinks in a day — in the last 30 days. Nevertheless, alcohol remained the most commonly used drug, with 30 percent of teens admitting they had used it in the last month.

Cigarette use was also at an all-time low, though more than a quarter of Colorado teens said they had used an e-cigarette or vape pen in the previous 30 days.

Though cannabis prohibitionists continue to sound alarms about the dangers of legalizing a plant, research continues to show many of these concerns are unfounded. One study recently showed driving with marijuana in one’s system is less dangerous than alcohol, and may actually be equivalent to driving sober. Another study found states with medical marijuana have fewer opiate-related deaths. Considering prescription drugs were the third most commonly used drug among teens after alcohol and cannabis in Colorado — and remains a problem for youth and adults in the country at large — these findings are particularly relevant.

Even Colorado Gov. John Hickenlooper, who initially vehemently opposed legalization, has admitted he may have been too quick to pass judgment. Though he initially called Colorado voters “wreckless” — and then “risky” — for voting to legalize, he backtracked last month. “If I had that magic wand now, I don’t know if I would wave it,” he said. “It’s beginning to look like it might work.”

He admitted legalizing marijuana was “not as vexing as we thought it was going to be.”

As Mason Tvert of the Marijuana Policy Project observed:

“The predictions of fire and brimstone have failed to materialize. Most Coloradans, including the governor, recognize that the law is working.”

As cannabis “refugees” make their way to states like Colorado to obtain life-saving treatment for themselves and their children, the government’s own data increasingly backs up the validity of making the plant accessible — without the threat of harsh consequences from the State.