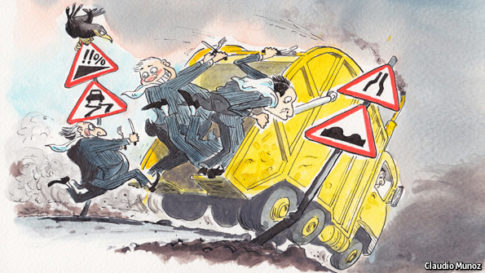 – The Problem With Corporate Debt:

There are actually two problems with corporate debt. One is that there is too much of it… the other is that a lot of it appears to be going sour. 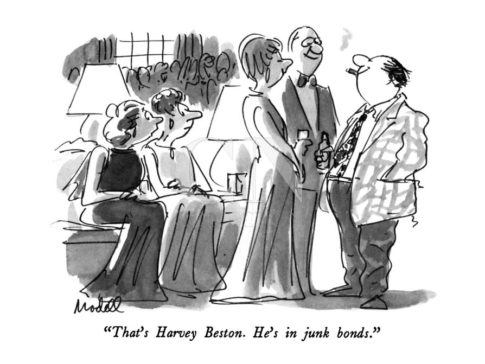 Harvey had a good time in recent years…well, not so much between mid 2014 and early 2016, but happy days are here again!

As a brief report at Marketwatch last week (widely ignored as far as we are aware) informs us:

“Businesses racked up debt in the January-to-March period at the fastest pace in three quarters, according to data released Thursday.

Business debt grew at a blistering 7.9% annual rate in the first quarter, the Federal Reserve said. Business debt has expanded by around 8% in three of the last five quarters. Companies still have substantial cash on the sidelines, as their stockpiles edged down to $1.89 trillion from $1.9 trillion.”

While Marketwatch told us how much cash companies are holding, for some reason it didn’t deign to tell us how much corporate debt there actually is, in dollars and cents. It would be nice to be able to compare these figures, wouldn’t it?

Here is a chart that shows the sum of commercial loans held by US banks and outstanding US non-financial corporate bonds: 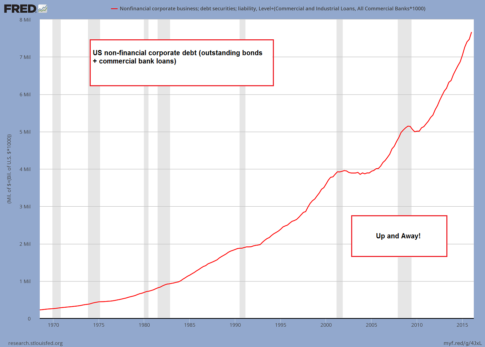 US non-financial corporate debt… can’t have too much of a good thing! – click to enlarge.

Now, as we all know, this debt as been incurred in order to engage in wise capital investment, so it will be very easy to pay it back with future profits…. well, not really, actually. A lot of it appears to have been wasted in decidedly unprofitable investments. This should be no surprise with administered interest rates at zilch for many years.

The rest has been judiciously deployed for financial engineering purposes, such as stock buybacks, m&a activity and even dividend payments. This, we hear, has been quite good for the stock options of many a corporate executive. Who would want to begrudge them that?

We are just guessing here….but we believe there must be a few irate bank managers somewhere. Quite possibly they are irate with themselves, for having lent too much money to too many deadbeats. Here is a chart we have frequently shown before: the annual rate of change of the sum of charge-offs and delinquencies in commercial loans (we thank our late friend BC for the inspiration – may he RIP). 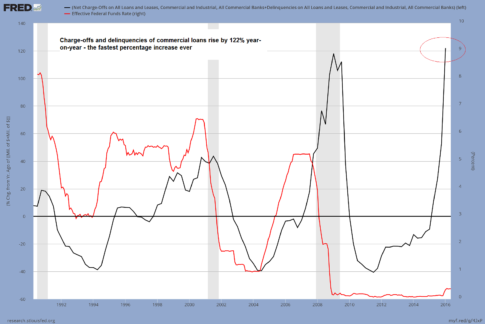 The annual rate of change of the sum of delinquencies and charge-offs of commercial loans (black line, lhs), vs. the FF rate (red line, rhs) reaches a new record high. Good thing that corporate debt is “growing at a blistering pace” as well of late, otherwise this might get noticed – click to enlarge.

Corporate debt remains a major Achilles heel of the echo bubble. Color us slightly astonished that so little attention is seemingly paid to it (with the notable exception of Stanley Druckenmiller, who made mention of it at a recent hedge fund conference). In our experience, the things that attract little attention are often worth watching very closely.

All aboard the Junk Express! There is no alternative for the discerning fixed income investor!

We just noticed this small blurb from Fitch in our mail, summarizing the latest developments in junk land:

The June trailing 12-month (TTM) U.S. high yield bond default rate is closing inon 5%, reaching 4.7% after another $3 billion of defaults thus far this month, The $46.4 billion of recorded defaults this year is just $2 billion less than the total for the entire 2015.

Through mid-June, energy and metals/mining accounted for 84% of defaults ($38.9 billion). The May energy TTM rate stood at 14.6% following $12.7 billion of sector defaults last month while the E&P rate is at 28.6%. The average high yield bid levels are at 92.9, up from 91.1 last month and from 83.7 in February when crude oil prices were at their low point