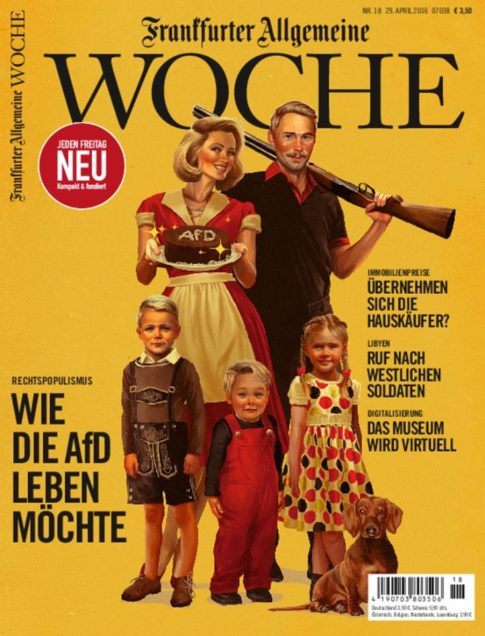 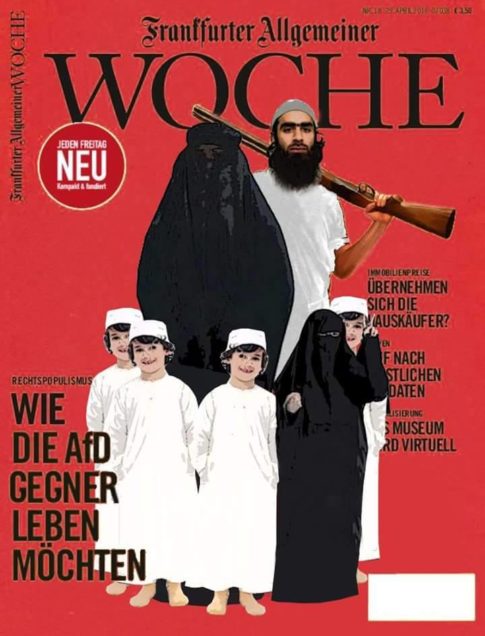 Europe’s conservative, anti-immigrant and anti-Muslim tide is rising and spreading at an accelerating pace from nation to nation.

First it was the unprecedented ascent and surge in the polls of France’s National Front, whose Marine Le Pen has become the leading contender in next year’s presidential elections; then there was Austria whose Freedom Party swept the competition in last weekend’s first round of the local presidential elections; then over the weekend we learned that Germany’s brand new (less than three years old) Alternative for Germany (AfD) party has not only adopted an “Anti-Islam manifesto”, stating that “Muslims are no longer welcome in Germany”, but is now Germany’s third strongest party.

To be sure, not everyone was delighted by the AfD’s rapid move higher in the polls.

One such place is Germany’s Frankfurter Allgemeine, which just came out with a cover story to “reveal” how uncharacteristically conservative the AfD is, titled “How the AfD wants to live”, with a picture showing a retro family with dog and 3 kids. Oh, and a gun.

To which the AfD has a simple, if unrelenting response: it published its own mock cover titled “How our opponents want to live.“

We expect much more such back and forth between the “left” and the “right”, which just like in the US, will ultimately benefit the object the media has decided to target for ridicule, until – just like in Austria – Germany’s establishment is shocked when the AfD’s polling skyrockets in the coming months and leads to drastic changes in Germany’s political landscape.