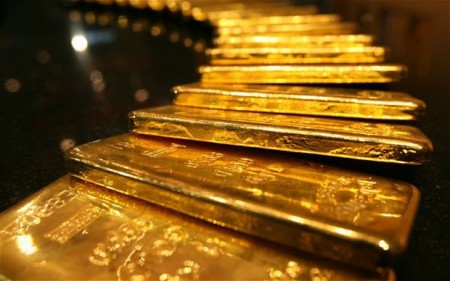 In this succinct interview with Casey Research Director Brian Hunt reveals some of the biggest misconceptions about gold… and why you should own it.

Casey Research: Brian, as you recall, we probably get more questions and reader feedback on gold than on any other subject here at Casey Research… And we’ve noticed there are quite a few myths and misconceptions about gold out there. Can you go over some of the big ones for us?

Brian Hunt: Sure. Probably the biggest misconception investors have about gold is that it’s an investment.

They’ll listen to people on CNBC pick apart and analyze every $30 move in the metal, just as they would talk about a move in crude oil or stocks or bonds. They’ll check the price quote every day… to see how their “investment” in gold is performing.

That just isn’t a useful way to view gold.

Coke is a business that stands a good chance of growing its cash flows… which will allow it to pay increasing dividends to its shareholders. Bought at the right price, a rental property will return all of your original capital in the form of rent checks… and the rest is gravy.

Gold isn’t like those two examples at all. Gold is money.

Gold has been used for money for thousands of years because it’s easily di­visible, it’s easily transportable, it has intrinsic value, it’s durable, and its form is consistent around the world. And, as Doug Casey reminds us, it’s a good form of money because governments can’t print it up on a whim. It’s the only form of money that is not someone else’s liability.

Gold doesn’t pay interest or a dividend. It doesn’t have profit margins. Your gold holdings amount to lumps of metal held in storage.

The sooner investors realize that gold is money… and not a con­ventional investment, the better off they’ll be. It’s just a timeless form of money. That’s it.

Casey Research: People can also view it as insurance, right?

Hunt: Right. Since gold is real wealth you can hold in your hand, it’s also “crisis insurance”… or “wealth insurance.”

Like regular insurance, you buy gold and hope you don’t have to use it.

Gold is insurance against governments doing foolish things with their finances. It holds its value, while paper money does not. The value of every paper currency plummets over time. Gold doesn’t.

A currency is sort of like the share price of a country. Over time, if a country produces more than it consumes, saves money, and maintains a modest amount of debt, its cur­rency will rise.

If a country consumes more than it produces… if it spends lots of money and borrows a lot in order to do all of that spending, its currency will fall in value. While currencies fluctuate for all sorts of reasons in the short term, over the long term, countries that manage their checkbooks will enjoy strong currencies. Countries that mismanage their checkbooks see their currencies plummet.

I wish I lived in a country that produces more than it consumes… that values personal responsibility and saving money. I wish our government valued fiscal responsibility. But it doesn’t.

About half the U.S. is on the government dole in some form or an­other. More than 45 million people are on food stamps. People are being paid by the government not to work. The people employed by the govern­ment enjoy huge, outsized salaries for what they do. There are more tax recipients now than tax payers. There is no political will to rein in spending and borrowing.

This situation could easily result in a crisis. That’s why I own gold… and recommend people keep at least 5% or 10% of their wealth in gold.

But when I look at the gang of clueless college professors and career politicians that occupy the White House and Congress, I’m not very optimistic.

Casey Research: We all need insurance from those people. Do you think at least large institutional investors, like mutual-fund companies, understand gold?

Hunt: Absolutely not. They are just as ignorant about gold as the average Joe on the street. They might even be worse.

From the early 1980s to 2000, nobody worried about insurance. Stocks and the economy boomed for nearly 20 years. Gold languished for a long time.

Its importance as real money – as a crisis hedge – was forgotten by most people… even by the supposedly smart folks who run big investment funds.

They learned their trade during a period of rising stock prices and falling gold prices, so they think gold is something right-wing nuts stockpile alongside canned food in a bomb shelter. It’s amazing how a few decades of smooth sailing will make folks forget gold’s importance as insurance against disasters.

I’ve heard lots of supposedly smart institutional investors pooh-pooh gold because it didn’t perform well during the 1980s and 1990s. They’ll post charts showing how it lagged behind stocks and real estate.

It’s a silly comparison, because gold isn’t an investment like stocks and real estate can be. Gold is just gold. Like I said, you own it and hope to never have to use it. You don’t get it confused with a stock like Johnson & Johnson.

Casey Research: We think you’ve made your point. Any parting shots?

I know “this time is different” is a dirty phrase in the investment business – but given the global debt situation, our runaway entitlement spending, and the emergence of Asia as a large gold accumulator – this is a different gold market than any market we’ve ever seen.

I just own a lot of it. I hope I never have to use it. For me, it’s that simple.

Casey Research: Thanks for your time.

1 thought on ““Gold Isn’t An Investment – Gold Is Money””