One week after Austria was shocked by the news that its right-wing, anti-immigrant Freedom Party, had swept the competition, gathering over 35% of the vote and leaving the other five candidates far behind, Europe’s anti-immigrant juggernaut just added to its momentum when neighboring Germany’s populist AfD party adopted an anti-Islam policy on Sunday in a manifesto that also demands curbs to immigration according to AFP. The biggest surprise however, is that the three year-old party is now also Germany’s third strongest party.

Formed only three years ago on what was originally a eurosceptic platform, the Alternative for Germany (AfD) has gained strength as the loudest protest voice against Chancellor Angela Merkel’s welcome to refugees that brought over one million asylum seekers last year. However, with the migrant influx sharply down in recent months, the AfD has shifted focus to the signature issue of the xenophobic Pegida street movement, whose full name is Patriotic Europeans Against the Islamisation of the Occident.

“Islam is not part of Germany” ran a headline in the AfD policy paper agreed in a vote by some 2,400 members at the party congress in the western city of Stuttgart.

The paper demanded bans on minarets on mosques, the call to prayer, full-face veils for women and female headscarves in schools. 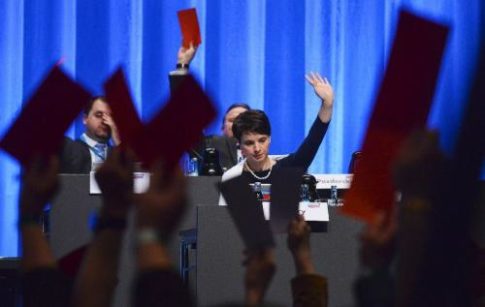 Frauke Petry, party leader of Alternative for Germany (AfD) votes at
a party congress on May 1, 2016 in Stuttgart

A proposal for a more nuanced formulation, to “stop Islamism but seek dialogue with Islam”, was rejected with boos in the mostly-male gathering, which was held in a hall decorated with banners that read “Courage. Truth. Germany.”

“Islam is in itself political,” retorted one speaker, while another linked the religion with “sharia, suicide bombings and forced marriages”.

As AFP adds, in a broader sense the AfD is presenting itself as a nationalistic conservative force that also questions climate change, promotes traditional gender roles and “family values”, would reintroduce military conscription and take Germany out of the euro. Co-leader Joerg Meuthen said the AfD stood for a “modern conservatism” and a “healthy patriotism” while it rejected “the Germany of 1968, infected by the (socialist and environmentalist) red-green left“.

Having soared to national prominence and entering half of Germany’s 16 state parliaments, the AfD, which many see as the country’s answer to France’s National Front and Austria’s Freedom Party, has now firmly set its sights on national elections next year.

“In the summer of 2015, they gave us up for dead,” a triumphant AfD co-chair Frauke Petry told the delegates, declaring that the party does not intend to settle for the role of opposition group or junior coalition partner. Instead, its new programme should allow the AfD “to win majorities”, she told the weekend meeting.

Support for the AfD stood at 13 percent, narrowly beating the ecologist Greens as Germany’s third strongest party, according to an Emnid institute survey for the newspaper Bild am Sonntag.

With its default right-wing bias, AfD has been at pains to distance itself from the hardcore far-right and neo-Nazi movements AFP adds, which are a stubbornly persistent but fringe phenomenon in a country where collective shame over the Nazi era and the Holocaust run deep. Alexander Gauland, leader of the party in Brandenburg state in the former communist East, cautioned delegates to generally temper their statements and “keep in mind that all of Germany is watching us”.

To drive home that message, the congress voted with 52 percent support to dissolve the Saarland regional party chapter because of its deep links with right-wing extremists groups.

To its many critics, however, the AfD represents xenophobia and a backward-looking isolationism. On Saturday hundreds of anti-fascist demonstrators rallied outside the convention centre, with some burning tyres and hurling firecrackers. Riot police used tear gas and temporarily detained 500 of them as officers escorted AfD members into the congress hall. 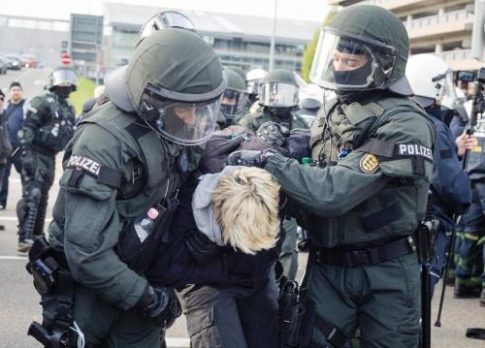 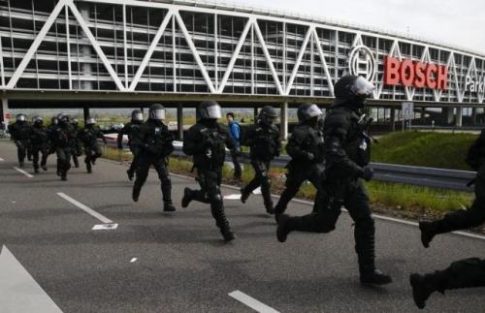 In another act of harassment, a left-wing media site overnight published the names, addresses and telephone numbers of some 2,000 party members. AfD co-leader Joerg Meuthen pledged to file criminal charges against the unknown hackers behind the data leak.

Aside from drawing the anger of far-left groups, the AfD has also attracted near-universal condemnation from Germany’s major parties.

The general secretary of Merkel’s Christian Democrats, Peter Tauber, told the Bild am Sonntag newspaper: “The debates at the party congress show that the AfD wants to return to a Germany that never existed in that form.

But while its critics rage, what is more important is that its fans and supporters are growing as yet another country sees a groundswell of popular support for a party whose platform is the latest expression of broad anti-establishment anger, pursuing a return of more conservative, traditional values.

Meanwhile, back in Austria, Chancellor Werner Faymann faced a barrage of boos and whistles at his Social Democratic Party’s May Day rally on Sunday as his opponents demanded that he resign after the party was thrashed in last week’s presidential election. According to Reuters, Faymann defended the course his coalition government has taken despite the drubbing both ruling parties suffered last Sunday, when the far right achieved a record result. “We need laws and measures that ensure humanity and order,” he said in a speech to tens of thousands of party supporters in front of Vienna’s city hall, a phrase he has often used when referring to the government’s hardening immigration policy. 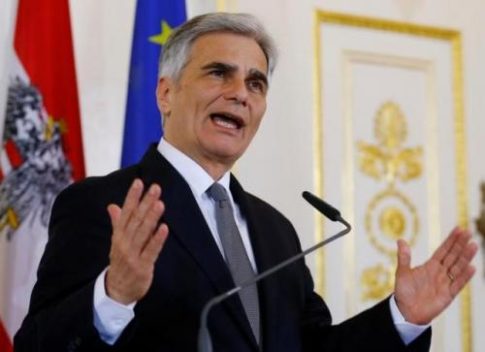 Many present did not share his view and Faymann’s opponents at the Sunday rally held up placards saying “resign” and “party conference now”. They booed and blew whistles as he spoke and when his name was mentioned.