In its latest attempt to instill fear far away from the battlefield in Syria, or the recently terrorism-plagued countries of France and Belgium, last week Islamic State supporters published the names and addresses of 3,600 New Yorkers in an apparent “hit list” designed to escalate the group’s campaign of sowing fear far from the battlefield in Syria. 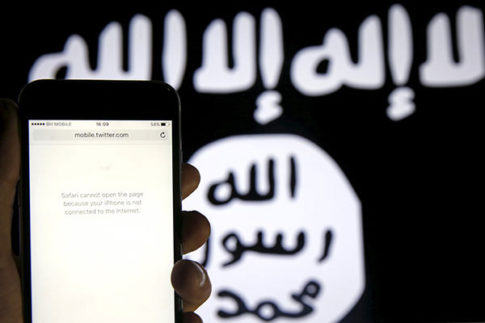 According to the CSM the names on the list were released last week by a group calling itself United Cyber Caliphate on the encrypted chat application Telegram, which IS supporters have used to recruit supporters and spread propaganda.  As Reuters adds, the group has urged followers of the militant group to target these 3,600 individuals and to facilitate that the hacker group has posted their personal information with the demand that “we want them #Dead.”

The list includes names, home addresses and email addresses. Some of the information appears to be outdated, according to the source, who was not authorized to discuss the investigation publicly. It was not immediately clear how IS supporters obtained the names and addresses on the list.

The list targets government employees with the State Department and Homeland Security, according to ABC, but there are also many average residents on the list who are now being informed by Federal officials that they have ended up on the ISIS hit list. NBC New York has gained access to the data, and mapped the locations of New Yorkers on the list. Many of the targeted were from Brooklyn, some from Manhattan, Staten Island, Queens and other surrounding areas. 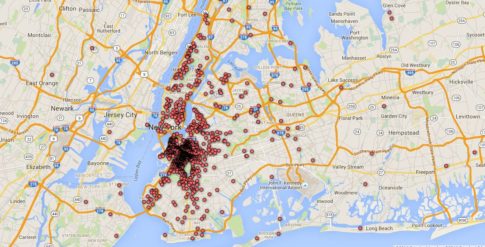 Federal agents and New York City police officers have been contacting the individuals on the list to inform them of the posting.

In a statement, the Federal Bureau of Investigation said, “While our standard practice is to decline comment on specific operational and investigative matters, the FBI routinely notifies individuals and organizations of information collected during the course of an investigation that may be perceived as potentially threatening in nature.”

One of the victims, an 88-year-old man named Art — whose last name is being withheld for privacy concerns — spoke with NBC on Thursday, telling of how the FBI visited and told him that his name was on the list posted Sunday on the private channel of a pro-ISIS group called the United Cyber Caliphate.

The FBI told him to be cautious when he goes out in public and to call 911 immediately if he felt threatened. Still, Art said he is not overly concerned for his safety.

“It sounds like psychological warfare,” he said. “Make 3,000 people in this city very upset.” FBI and NYPD officials plan to visit the homes of everyone targeted, but say there is no specific threat of violence against them.

An FBI spokeswoman said in a statement, “While our standard practice is to decline comment on specific operational and investigative matters, the FBI routinely notifies individuals and organizations of information collected during the course of an investigation that may be perceived as potentially threatening in nature. “Potential threats may relate to individuals, institutions, or organizations, and are shared in order to sensitize potential victims to the observed threat, and to assist them in taking proper steps to ensure their safety,” said the spokeswoman, Carol Cratty.

NBC News terror analyst Laith Alkhouri recently released a report on increasing efforts by pro-ISIS groups to undertake cyberattacks. Last month, a pro-ISIS group hacked into the New Jersey Transit Police website and posted the personal information of officers there. Earlier this week, the same group released what they said was the personal information of some State Department personnel. According to Alkhouri the information was posted to a channel accessible only to certain ISIS supporters. It was posted only for a short time, then taken down. He said it is likely the pro-ISIS group posts this way because releasing it more publicly would make them easier for law enforcement to track. And the group knows the information will get out to the public anyway, he said.

“What those guys are really trying to do is gain a lot of notoriety by saying we hacked American servers,” he told NBC’s I-Team. That may be true but things will change dramatically if one of the named people is actually assaulted or killed.