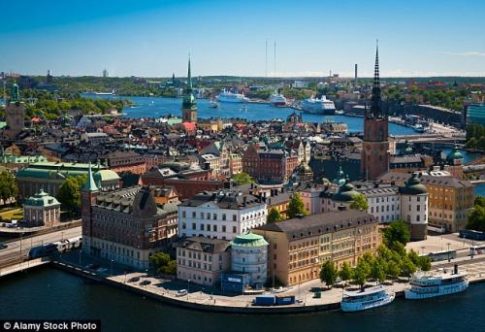 In the last week of March, immediately in the aftermath of the tragic Brussels bombing which ISIS took responsibility for and which was subsequently revealed as organized by a semi-autonomous Brussels cell operating closely with the French cell responsible for the November 2015 terrorist attack, we reported that the Islamic State group has trained at least 400 attackers and sent them into Europe for terror attacks. As AP said, citing security officials, “the network of interlocking, agile and semi-autonomous cells shows the reach of the extremist group in Europe even as it loses ground in Syria.”

The last sentence was most troubling: “The officials say the fighters have been given orders to find the right time, place and method to carry out their mission.”

Fast forward one month later when one such place targeted for a new ISIS attack may have been revealed.

Earlier today Swedish media reported that officials from the local security services are in a “heightened state of readiness” in connection with a potential terror threat because according to these same reports, several Islamic State fighters have arrived in Sweden to carry out attacks on civilian targets in the capital Stockholm.

He added that Säpo is also cooperating with the national police service. “That means we’re sharing this information with them to see if they can implement measures that fall under their remit.”

The Swedish Expressen newspaper reported that the country’s security service received information from their Iraqi colleagues about an imminent terror threat in the country. About seven to eight Islamic State terrorists arrived in Sweden to carry out attacks in Stockholm, Expressen sources claimed and added that “according to the information, the terrorists are planning to attack civilian targets in the capital.’

While the Swedish Security Service (Säkerhetspolisen) would not confirm the reports in both Expressen and Aftonbladet – Scandinavia’s biggest tabloid newspapers – but said they are working on analyzing the intelligence received. 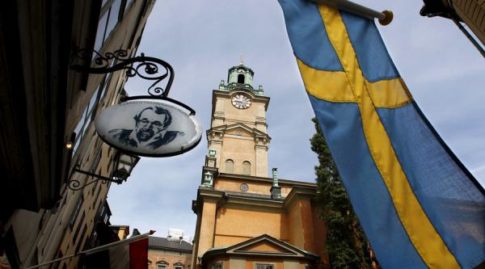 According to AP, there has been speculation in local media that Swedish King Carl XVI Gustaf’s 70th birthday, a traditional gathering for the royal family, government officials and EU royal visitors, on April 30 could be a possible target for extremists.

It is thus certainly possible that 7-8 ISIS fighters are located in Sweden now, which could become the locus of the next terrorist attack. At least 300 Swedish nationals have traveled to Iraq and Syria to join Islamic State (IS, formerly ISIS/ISIL) according to research conducted by the International Centre for Counter-Terrorism (ICCT), published on April 1. Around half of these are from the city of Gothenburg, Sweden’s second largest city with a population of around 500,000 people.

In March, Europol also added that between 3,000 and 5,000 so-called ‘foreign fighters’ – EU citizens trained in IS terror camps – have returned to Europe and pose a “completely new challenge.”

An April report in the Swedish media said Islamists have successfully infiltrated Sweden’s Green Party. According Lars Nicander from the Swedish National Defense University, there is “a very similar effect today in which people close to the Muslim Brotherhood, an Islamist party, are apparently gaining large footholds in the Green Party.”

Finally, considering the already tense environment in Sweden, profiled most recently in “Swedes Revolt Over Refugees Near Schools: Demand “F##king Answers” From Stockholm City Council“, a terrorist attack here could be just the powder key needed to unleash the next, far more violent phase of Europe’s refugee crisis.