Who could have seen that coming? It appears President Obama’s ill-advised Op-Ed and visit to The United Kingdom, exhorting his “friends” to ‘just say no’ to Brexit and vote democratically to stay part of an undemocratic superstate, has backfired for the establishment. A poll by YouGov suggests that Obama’s high profile intervention in the UK’s EU Referendum failed with 65% of Brits seeing his comments were not “appropriate.” 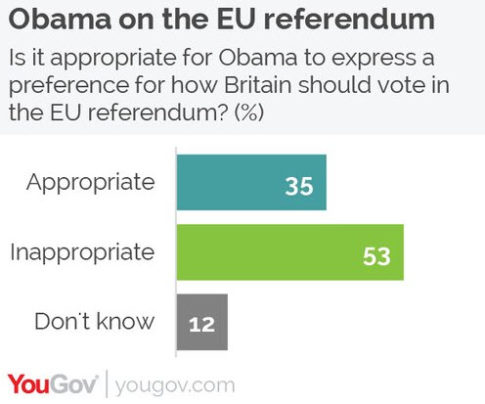 “For us to be bullied in this way, I don’t want to exaggerate, for people to say we are going to be unable to cope on our own is absolutely wrong.”

Of course, this is not the first time that Mr Obama has intervened in a British constitutional debate; during the 2014 Scottish independence referendum, he made a similar plea – albeit more euphemistically worded – that the United Kingdom ought to remain “united.” 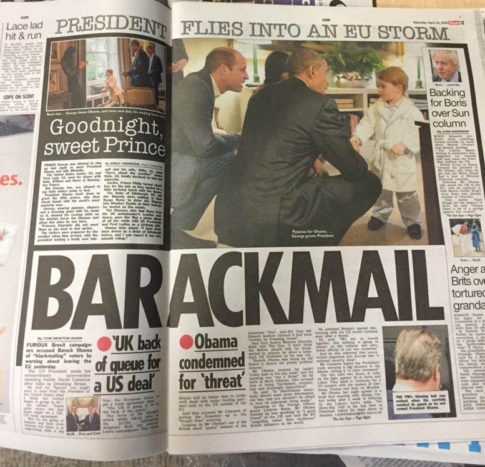