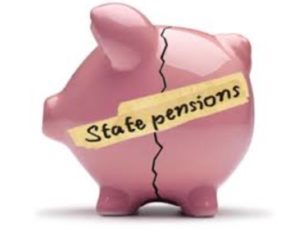 New York City’s largest public pension is exiting all hedge fund investments in the latest sign that the $4 trillion public pension sector is losing patience with these often secretive portfolios at a time of poor performance and high fees.

“Hedges have underperformed, costing us millions,” New York City’s Public Advocate Letitia James told board members in prepared remarks.“Let them sell their summer homes and jets, and return those fees to their investors.”

One of the largest, most destructive scams I’ve ever come across in the financial sphere (and that’s saying a lot), relates to the purposeful shift of state pension fund assets into opaque, shady, punitive and one-sided relationships with “alternative investment” managers, specifically hedge funds and private equity firms.

But don’t take my word for it, this is what former SEC official, Andrew Bowden admitted back in 2014:

Despite the at times disconcertingly polite tone, the SEC has now announced that more than 50 percent of private equity firms it has audited have engaged in serious infractions of securities laws. These abuses were detected thanks to to Dodd Frank. Private equity general partners had been unregulated until early 2012, when they were required to SEC regulation as investment advisers.

Bowden pointed out that private equity is unique among the investment advisers the SEC supervises. The general partners’ control of portfolio companies gives them access to their cash flows, which the GPs can divert into their own pockets in numerous ways.

The real word consequences of these seemingly criminal relationships are now coming home to roost in the form of severely underfunded pensions. While alternative asset managers received their enormous fees, state employees are left holding the bag. Muppets get fleeced again.

We learn from Greenville Online:

Michael Hitchcock, the CEO of the state Retirement System Investment Commission who was hired in 2014, made his comments Wednesday as senators heard presentations about a $21 billion pension shortfall that has been aggravated in recent years by the gap between an assumed rate of investment return set by lawmakers and how the system’s investments actually performed.

“And that does not include the very poor performance for this year,” he told The Greenville News. “There are estimates of this year’s performance and they all add billions to our debt.”

“I think before you took the reigns over there the E-Trade baby could have done a better job,” Sen. Harvey Peeler, a Gaffney Republican, told Hitchcock.

Everyone’s entitled to bad performance, but it’s important to understand root causes. In this case, it appears to be a shift into “alternative investments.”

Hitchcock said the commission has focused on alternative investments, such as hedge funds, private equity and real estate, that are more complex and costly in an effort to be more conservative in the wake of the Wall Street crash eight years ago, and in doing so did not jump into a bull stock market.

“I think the intentions were good,” he told members of the Senate Finance Committee. “I also think we’re sitting here with the benefit of hindsight and looking at decisions that were made at a time that was quite frightening. We see what we’ve missed. To a certain extent I will tell you, we missed it.”

As usual, employees are simply helpless pawns in the whole charade…

Sen. Nikki Setzler, a Lexington County Democrat, said he is reluctant to increase contribution rates for employees, who already pay more than 8 percent, due to the under-performance of investments.

“I’ve heard you say nothing that was the employee of South Carolina’s fault,” he told Hitchcock.

“You are absolutely correct, senator,” Hitchcock replied. “There is nothing about anything that has happened in the past 16 years that has got us to the point where we have a $21 billion unfunded liability that is the employees’ fault.”

Expect to hear many, many more stories like this in the years ahead.

Consultant the San Francisco Pension Fund Asked Whether it Should invest in Hedge Funds, Runs a Hedge Fund