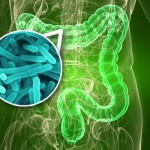 – Gut bacteria linked to the development of type 2 diabetes:

The intestinal environment plays a larger role in bodily function and health than just digesting food. Immunity begins in the gut and any decreases in health-promoting microbes can negatively impact the body’s immune system and therefore, the body’s ability to ward off disease.

But research now shows that gut bacteria can also provide clues as to whether or not type 2 diabetes is present. In fact, changes in intestinal microbes are often detected before other symptoms of type 2 diabetes have even emerged.

Unhealthy gut microbes linked to the development of diabetes

According to the World Health Organization and Centers for Disease Control and Prevention, approximately 285 million people worldwide and about 21 million in the United States (alone) suffer from type 2 diabetes. U.S. numbers have steadily climbed in recent years to 9.3 percent of the population, a three-fold increase in the last 30 years.

In type 2 diabetes, cells are no longer able to respond to insulin – the hormone that controls the uptake of glucose – so glucose is no longer absorbed. Even with adequate nutrition supplying glucose to the blood, cells don’t receive the energy they need.

That search has recently led scientists to theorize there may be a link between type 2 diabetes and the composition of the intestinal microbial community. Recently, four Russian researchers studied differences in the changes in the microbes of the large intestine, reporting their findings in the journal Endocrinology Connections.

Russian researchers discover the connection between gut bacteria and diabetes

In the study, gut microbial composition and glucose level were analyzed in 92 patients including 20 with type 2 diabetes and 48 healthy subjects without any chronic disease. An additional 24 subjects showed signs of pre-diabetes.

The scientists compared the composition of intestinal microbes among the three groups of study participants – diabetes, pre-diabetes and normal glucose tolerance – as well as differences in diet. In doing so, they were able to link the level of glucose intolerance with the presence of three types of microbiota: Blautia, Serratia and Akkermansia bacteria. While all three are found in healthy people, their numbers are greatly increased where diabetes is present.

The scientists concluded that one possible cause and effect between intestinal bacteria and diabetes is that certain bacteria incite an immune response. Within the intestinal bacteria population, there are microbes that form toxins that enter the gut and then cause inflammation throughout the body, including liver and fat cells that can affect overall metabolism and insulin sensitivity.

This connection between diabetes and gut microbe populations should come as no surprise. Intestinal bacteria in people suffering from such conditions as obesity, rheumatoid arthritis, mood disorders, asthma, and inflammatory and irritable bowel disease have also been shown to differ from that of healthy individuals.

Research has also demonstrated that supplementing with certain probiotic strains can have positive effects on insulin sensitivity. This underscores the need to nurture healthy gut bacteria.

It is also extremely important to avoid antibiotic use, (as much as possible) which has been proven to have a negative impact on the intestinal environment.

Editor’s note: Join me for the Heal Your Gut summit.  It’s where health starts and your healing begins.  Click here to learn more and gain INSTANT access today!