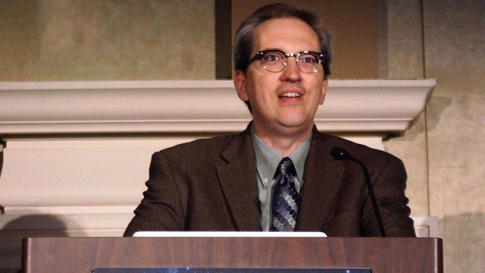 Dr. David Gorski is an established pro-vaccine internet troll with ties to the Barbara Anne Karmanos Cancer Institute, notorious for experimental cancer treatments and drugs that have been fast-tracked by the FDA.

Karmanos is also where cancer fraudster Dr. Farid Fata had his clinic. Fata used aggressive chemotherapy treatments on cancer-free individuals, over-administered chemotherapy on people with no chance of survival, undertreated cancer patients, overbilled insurance, and defrauded the government out of $17 million.

Gorski consistently trashes holistic medicine and vaccine skeptics under the pen name “Orac” on the website ScienceBlogs, heavily sponsored by the drug industry.

In an effort to discredit “anti-vaxxers,” Gorski’s followers promote the use of “emotional warfare” on “anti-vax blogs.” That ScienceBlogs post instructs other trolls to embellish sad stories full of tears and “unbearable grief and terror” about friends and family members who died of terrible diseases in an effort to push harmful vaccines.

The “more gross the better,” the post reads. Gorski’s followers claim that this tactic will work like advertising and influence the minds and decisions of readers on the fence about vaccinating. Make sure to add a few grammatical errors to make it believable, it continues.

‘A true shill should be outed’

Gorski’s commenters tell their fellow trolls to use an untraceable email address so their manipulations cannot be tracked. “The way to fight it [vaccine skepticism] is by sabotaging the anti-vaxers with crazy stuff that drives away undecideds,” one post reads.

Gorski is a surgical oncologist at the Karmanos Cancer Institute and an associate professor of surgery and oncology at the Wayne State University School of Medicine, where he also conducts research for drug companies. This is where the problem lies.

Gorski has said himself that conflicts of interest (COIs) weaken scientific research, even when the science is sound.

“A general principle is that undisclosed potential conflicts of interest (COIs) are of far more concern and potentially far more damaging to the scientific process than disclosed COIs,” he wrote in defense of vaccine propagandist Paul Offit, who’s made millions off vaccines but routinely conceals that COI.

Gorski has also said that a true shill who conceals his ties to Big Pharma and pretends to be objective should be exposed.

But Gorski will not come clean about his own COIs, reports Jake Crosby, writing for Age of Autism. While Gorski is extremely outspoken about autism not being caused by vaccines, he mentions little about what he has to gain from this position.

It turns out, Gorski’s employer, Wayne State University, has a lot to gain from an ALS drug called riluzole that could be used to treat autism, reveals Crosby, adding that Gorski is experimenting with that same drug to treat breast cancer.

The world’s largest vaccine maker, Sanofi-Aventis, has a partnership worth up to $39 million with Wayne State. Sanofi-Aventis also happens to be the developer of riluzole, marketed as Rilutek.

“Therefore… Gorski has a reasonable expectation to receive money from a vaccine maker, even if it is through a third party,” wrote Crosby.

In his Wayne State laboratory, Gorski focuses on the research and development of prescription drugs. However, he’s working not to create new medications, but rather new uses for existing drugs, a process far more lucrative than creating new drugs from scratch.

“The potentially profitable drug Gorski is in the process of conducting a clinical trial for is the ALS drug Riluzole…. Amplifying the conflict further is that the same drug is also being studied for the treatment of autism.”

At Autism One, a non-profit educational organization that focuses on autism, “the National Institute of Mental Health was handing out recruitment pamphlets for children ages 7-17 to take part as subjects in a clinical trial of Riluzole for its effectiveness in the treatment of autism spectrum disorders, and repetitive and stereotypical behaviors in particular.”

The clinical trial for Riluzole is being funded by none other than the Karmanos Cancer Institute of Wayne University, “the only university listed in the Yahoo! Finance stock summary of Sanofi-Aventis as being in a financial partnership with the company,” according to Age of Autism.

In 2008, Sanofi-Aventis announced that it would be collaborating with Wayne State (as well as other partners) and could be making up to $39 million in payments over a five-year period to these partners. Gorski was chosen as the guy to conduct a series of clinical trials involving the company’s drug, riluzole.

In short, Gorski and his team stand to earn millions from riluzole medication for autism, illustrating a great incentive to quiet vaccine skeptics about the link between immunizations and autism. If this isn’t a blatant conflict of interest, than we don’t know what is.

“Gorski’s denial of being in the pocket of the drug industry stretches so far beyond what he is even regularly accused of,” wrote Crosby, who confronted Gorski with this information:

This is Jake Crosby. I am doing a piece about your acknowledgment that disclosure of conflicts of interest is important, yet your lab at Wayne State University stands to benefit from Sanofi Aventis money for the breast cancer research you are conducting on a drug the company manufactures and markets, Riluzole, which is also being studied for the treatment of autism. Why isn’t any of this disclosed on your blogs? I await your reply.

To read about Gorski’s response, you can follow the rest of the story here.