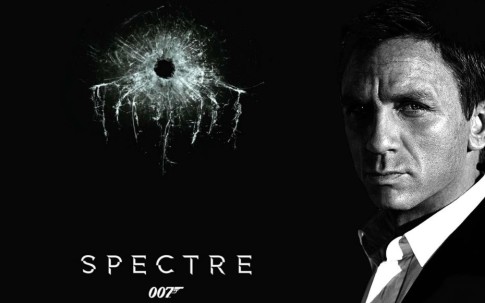 An extraordinary story has just emerged from the human rights charity reprieve.org.uk who, as they say “help people who suffer extreme human rights abuses at the hands of the world’s most powerful governments”.

Their recently published report entitled Britain’s Kill List accuses the Conservative government of extreme deception of parliament and therefore all citizens of Britain and the world more widely. Officially, Britain has never had a so-called ‘kill list’ but David Cameron had to admit to a limited extra judicial assassinations programme a few months ago, which we reported. There was little establishment media coverage and even less public response. But no-one thought this programme was as extensive and broad as has just been unearthed.

If there’s one thing I’ve noticed since doing this job, it’s how all the information about government – the money it spends, where it spends it, the results it achieves – how so much of it is locked away in a vault marked sort of ‘private for the eyes of Ministers and officials only …’ By bringing information out into the open you’ll be able to hold government and public services to account.”

Getting a little closer to the subject matter, last September, whilst on a three day visit to Bangladesh, the International Development Minister of the UK Desmond Swayne quite rightly said “Extrajudicial killings cannot be tolerated in a democratic country like Bangladesh”, stressing that all incidents regarding recent extrajudicial killings “should be investigated and the perpetrators should be brought to justice”. It should be noted his speech was made at the British High Commission in the capital.

David Cameron, his officials and senior military officers seem to be suffering from selective amnesia of such preachings both at home and aboard, particularly in the light of this latest revelation.

We at truepublica have posted a number of reports by Chris Cole from dronewars.uk on the scope and details of Britain’s unauthorized drone assassination program, which has been nothing short of mission creep at best going from eyes in the sky to an aerial death squad.

Reprieve’s report makes a stunning link though. It confirms that a British kill list does exist but is now not just afforded to terrorists overseas but combines them as targets with drug traffickers and others. The kill list is officially known as the Joint Prioritized Effects List or JPEL.

The report asserts that the British security services, including UK police have worked alongside the US military to determine who gets named for the state sponsored, tax-payer funded assassination programme.

Reprieve highlights the fact that Britain conspired in a US-inspired Kill List soon after 9/11. It says quite categorically that “Starting in 2002, working closely with the Americans, Britain had played a leading role in the euphemistic Joint Prioritized Effective List. As with Yemen, the JPEL Kill List was not even limited to a war zone – it spanned over into Pakistan, which was an ally, not an enemy at war.”

What this effectively means is that not only has Britain brought back the death penalty it has done so without public or parliamentary consultation, and carried out these deadly deeds regularly without even a basic trial.

The reports alleges that around 50 Afghan drug traffickers have been on this list since 2009 and that UK police officers working for the Serious and Organised Crime Agency (SOCA) have been working alongside the intelligence agency GCHQ and widened its approach by including Britain’s Joint Narcotics Analysis Centre to pick out targets.

The Kill List remains in operation to this day and has hundreds (around 700) of names listed, is updated monthly, and now includes not just high value targets but low level members of the Taliban, drug dealers and even paedophiles associated with insurgents all of which is an absolute violation of International Humanitarian and Human Rights Law.

Once on the ‘kill list’ these individuals are hunted down and murdered without judicial oversight. But much worse is the result of these attacks as The Guardian reported back in November 2014 when 41 men had been targeted by US drone attacks but 1,147 innocent people were killed. There is no evidence to suggest that any other drone manufactured by Britain is any more discriminating at killing than that. At the time, we had no knowledge of Britain’s policy on the matter but it was clear that Britain and America were prepared to kill innocent civilians who were standing in the way. In this context, 27 innocent civilians will die for each confirmed kill.

As Reprieve points out -“Far from the marvellously precise killing machines that were loudly advertised by their proponents, the drones in Pakistan killed an average of nine innocent children for each “High Value Target” singled out for death.”

If a demonstration was needed of why Britain does not have the death penalty then here is the smoking gun. Britain’s Serious Organised Crime Agency (SOCA) was sued by an Afghan man who lost five members of his family to an attempted assassination where flawed intelligence confused his father-in-law’s phone number for that of the intended target. SOCA appeared in a British court to deny any involvement in the JPEL targeting. This Report demonstrates that SOCA’s assertions in court were designed to divert attention from the very significant role SOCA (now the National Crime Agency) was playing in identifying narcotics traffickers for inclusion on the JPEL Kill List.

What is worrying is that the government has form when it comes to abusing its powers through mission creep. For instance, the Regulation of Investigatory Powers Act 2000 designed to catch terrorists allowed the government full surveillance powers over all kinds of communications and population control measures such as using the Act to arrest people for parking offences, non-payment of BBC TV licence, dog fouling and even under-age use of sun-beds. Tens of thousands of warrants designed to catch terrorists have been issued for petty offences. On the same shaky ground as this example, the government could just as easily extend its extra-judicial kill programme to a wider parameter to include say, home grown terrorists and even drug dealers and murder citizens on the streets of  Britain. Where will the line be drawn?

And in defining that line, David Cameron crossed it when he lied to parliament in September last year when responding to Harriet Harmon’s questions on the matter of the first two British citizens killed by British drone attack in Syria:

“Let me turn to the right hon. and learned Lady’s questions on counter-terrorism. She asked: is this the first time in modern times that a British asset has been used to conduct a strike in a country where we are not involved in a war? The answer to that is yes. Of course, Britain has used remotely piloted aircraft in Iraq and Afghanistan, but this is a new departure, and that is why I thought it was important to come to the House and explain why I think it is necessary and justified.”

David Cameron went further in his deception to Harmon and the house:

“The right hon. and learned Lady asked about scrutiny, which is a very good question. I have come here today because I think it is important to be accountable in front of this House, but I am happy to look at what other ways there may be of making sure these sorts of acts are scrutinised in the coming months and years.”

David Cameron did not do so and did not state that an extensive kill-list already existed and been been in operation for years.

It should also be remembered that many Conservative politicians attacked the Blair government for its collusion in torture and rendition programmes with the Americans in its ‘war on terror’.

It may be that terrorism blurs the distinction between war and peace. The UK was accused of having a kill-list policy in dealing with the IRA and the policy in operation at the time was found to have been illegal. This was heavily covered by the mainstream press, no so this time. And lets not forget what a fuss the British government made of the murder of Russian spy Alexander Litvinenko, where Vladimir Putin was accused of state sponsored murder.

Extra Judicial Killing is the killing of a person by governmental authorities without the sanction of any judicial proceeding or any legal process . Extrajudicial Punishments are unlawful by nature, because they break the process of legal jurisdiction in which they occur and Britain did not engage in such activities even during the last world war.

Terrorists aside, this new found list allows for the execution of individuals even associated with our enemies overseas, and does so whilst not involved in a war and without any form of trial. It sets a very dangerous precedent not just for Britain but other countries taking a lead from us.

As for Reprieve, it concludes with an 8 point plan that does not actually go as far as saying that the Kill-List programme is totally illegal, should be halted immediately and an inquiry held to establish how this act of vandalism against democratic rule of law was instigated in the first place.