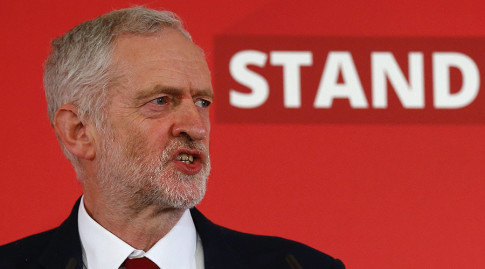 – Is there an anti-Semitism problem in Britain’s Labour Party? Prejudiced members to be suspended:

The Labour Party may soon make it easier to expel members accused of anti-Semitism as a growing number of MPs and activists warn action is needed to address hostility among its membership towards Jewish people.

Local party branches are set to vote on proposed rule changes in the coming weeks, with a view to implementing them after the party’s national conference this autumn.

Jeremy Newmark, a campaigner with the Jewish Labour Movement, said the party’s current rules are out of step with its rhetoric to clamp down on anti-Semitism.

“Everybody’s talking about zero tolerance of anti-Semitism, but it has become apparent, because of a spate of incidents over the past couple of months, that the rules and processes of the party don’t provide adequate provision to deal with it,” he told the BBC.

Sad this is needed in today’s Labour Party – but I’m happy to support @Jeremy_Newmark@JewishLabour call for action https://t.co/yfe4LQ2mty

Have issued proposed rule change to Brent Central CLP to toughen up party rules on Antisemitism, Islamaphobia and racism.

The recent calls for action come after Labour councilor Aysegul Gurbuz, 20, was suspended earlier this week for anti-Semitic tweets.
Last month, Vicki Kirby, a former Labour parliamentary candidate, was suspended for a second time over tweets in which she claimed that Hitler might be a “Zionist God” and referred to Jews as having “big noses.”

The party is also investigating allegations of anti-Semitism at the Oxford University Labour club after its co-chairman Alex Chalmers resigned, claiming that a large proportion of members “have some kind of problem with Jews.”

Party leader Jeremy Corbyn has been warned by a wealthy backer that big Jewish donors are refraining from making donations to Labour because of what they see as “inaction” and “apathy” in combatting the rising tide of anti-Semitism among party members.

Referring to Corbyn’s denial last month of an anti-Semitism “crisis,” Foster said: “He makes no attempt at all to put at ease a Jewish community in Britain that for more than 100 years has supported Labour spiritually, politically and financially.”

“We have now got a problem where too many of our Jewish members and people out there in the country think the Labour Party is apathetic to anti-Semitism, and it isn’t a place for Jewish members, and I think we have got to make sure that this party, with its historic commitment to tackling all types of prejudice, including anti-Semitism, is a place for Jewish people,” the Ilford North MP told the BBC.