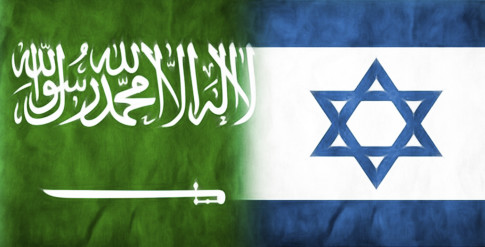 As more details emerge revealing the brutal nature of the ongoing military campaign carried out by Saudi Arabia in Yemen, Muslim Press reports that documents leaked by an unnamed senior military official associated with the Israeli left-wing liberal party Meretz show Israel and Saudi Arabia have cooperated in military efforts. The report also suggests some of the islands tied to the recent Red Sea deal are also being used by both nations to train their joined military.

The 2014 memorandum claims Israel hosted a number of Saudi officers in military training courses carried out at the Port of Haifa base in Israel. The training allegedly took place in 2015. While a recent Jerusalem Post report confirms the Saudi kingdom and the Jewish state have been close as of late, the outlet also claims details pertaining to the alleged ties between the nations aren’t likely to be made public — and that Israel’s involvement in the Red Sea deal, which secured the transfer of the islands of Sanafir and Tiran from Egypt to Saudi Arabia, is just another one of the many “covert” interactions between the two countries.

In the Muslim Press report, Israel and Saudi Arabia are implicated in the “formation of a joint operation” in Tiran Island, one of the islands handed over to Saudi Arabia after Israel’s approval of the agreement between the Saudis and Egyptians.

While the Jerusalem Post does not mention any military training carried out by either nations in the past couple of years, journalist and security expert Yossi Melman admits Israel’s involvement in the deal between the Saudis and Egypt “is just the tip of the iceberg when it comes to the secret processes taking place behind the scene.”

Though Israel and Saudi Arabia do not have formal diplomatic ties, the Jerusalem Post reports, “the two countries do have third-party economic ties which see Israeli products – agricultural and technilogical [sic] goods – arriving via the Palestinian Authority, Jordan or Cyprus.” According to the report,, Iran is seen as the number one threat to both the Saudis and Israelis. As a result of their common fear, the Saudis have given Jerusalem “approval for Air Force jets to pass through their airspace” in the past, just in case the Jewish state decides to attack Iran’s nuclear facilities.

Other friendly encounters between the Saudis and Israelis, such as the meetings between Mossad chiefs and Saudi intelligence officials, have also been covered by the media. “There was also a report that former prime minister Ehud Olmert held a meeting with Prince Bander bin Sultan, who was the Saudi envoy to Washington, as well as the head of the National Security Council and the Saudi intel chief,” the Jerusalem Post reported.

To security experts like Yossi Melman, the Red Sea deal is “likely the continuation of these contacts as was published and the common interests between the two countries.” While Melman concedes the “covert ties are unlikely to come to the surface,” details concerning the memorandum leaked by Meretz and reported by Muslim Press haven’t received much attention from the establishment media.