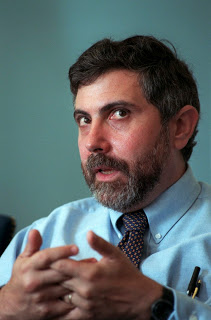 Bill Morneau took centre stage last week in the Canadian Parliament and didn’t disappoint. The new Liberal finance minister’s first budget jacked up program spending across the board, to be paid for by borrowing and, eventually, presumably, money printing. His rhetoric was coated with suggestions that “economic growth” would solve the country’s problems. The only folks left out were taxpayers and savers.

On the face of it, Morneau’s logic makes sense. With interest rates near zero and the Canadian government’s debts among the lowest in the G-7, why not borrow a bit and invest in infrastructure? Well, there are several reasons – and all of them augur well for the future of gold.

Morneau is technically right. The Canadian government’s debt is at low levels compared to that of other advanced economies. However, those numbers are shaky. For one, they include only federal debts, not provincial debts. If you include all Canadian government debts including the provinces (US states are not allowed to run deficits), things look far worse.

Furthermore, Morneau’s numbers don’t include huge debts that the former Conservative Harper Government never bothered to record as liabilities, such as deferred pension and healthcare costs, a policy Prime Minister Trudeau’s Liberal government is continuing. Canada’s Fraser Institute estimates that such unfunded liabilities totalled nearly $4.1 trillion in 2014. Those unrecorded debts alone are equal to more than 200% of Canada’s GDP. Worse, Canadians, whose household debt-to-disposable-income ratios are at record levels, are in no position to finance those additional government obligations.

Sell off gold, spend the cash

During the hours before Mr. Morneau tabled the budget, he wandered into the lock-up room, where reporters were poring over advance copies of the document. There I had a chance to ask him about reports that Canada has sold its last gold reserves, and whether that was prudent, given uncertainties in the world economy and the Bank of International Settlement’s recent warning that global NIRP/ZIRP/QE monetary policies weren’t working as expected.

Morneau didn’t bat an eye. Canada’s reserves were at an appropriate level, he responded. An hour or so later he walked over to Parliament Hill and announced that the new government’s total spending would explode by 6.9% to $317.1 billion during the 2016-2017 fiscal year. The increases would be partly funded by the cash from gold sales and by $30 billion in deficits.

In his youth, Morneau completed graduate studies at the London School of Economics and INSEAD in France, where, as Talleyrand would have said: “He learned nothing and forgot nothing.” The result, as might be expected, was a Canadian budget that was pure Keynes/ Krugman, with a bit of Larry Summers thrown in.

The hard money community, of course, won’t believe a word of it. But Canadians will be praying that Morneau is right.