“Dear white people if Trump wins young niggas such as myself are fully hell bent on inciting riots everywhere we go. Just so you know,” Poe tweeted. A screenshot of the tweet was captured below by the Daily Media.

He followed up with another promise: “Trump wins aint no more rules fammo. We’ve been too nice as is.” 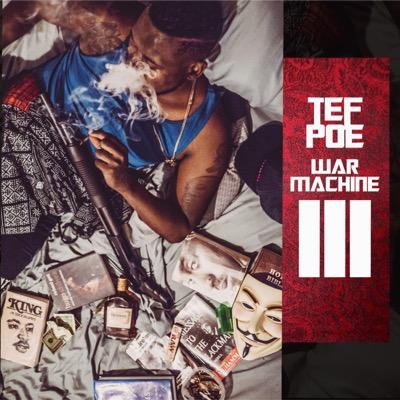 As Daily Media adds, “Poe is by no means a nobody, he has appeared in innumerable articles charting the rise of ‘Black Lives Matter’ and was credited with coining the phrase, “This ain’t your grandparents’ civil rights movement.”

The rapper was one of the co-founders of Hands Up United, a “social justice” organization that emerged after the death of Michael Brown that was responsible for coordinating large BLM protests in the St. Louis area.

Ironically, as the website updates, Poe has since deleted his tweet and then claimed that he never made the comments, instead suggesting it was “slander.”

“He’s now whining about “slander”. Talk crap, then play the victim when you get challenged on your crap. Same process EVERY time with social justice warriors.”

Unfortunately this kind of fallout continues with prominent movement leaders across all social groups becoming increasingly belligerent toward each other, which fundamentally is driven by one simple thing: the ongoing deterioration of the US economy. Recall from the post profiling the surge in Chicago shootings that even local Chicago citizens agrees that the root of America’s rising anger is the lack of economic opportunity.

“I think it’s got something to do with economics,” Gabb says of the continued shootings. As CNN adds, most residents say communities continue to suffer from an economy that is nowhere strong enough to keep at-risk youths from looking for financial support in the wrong places.

The lament is one heard across most poor areas in the US: “I’m hoping that some money is invested in some job creation. We bailed out Wall Street, why not bail out Main Street? It would make a world of difference,” Acree says.

“If you really want to stop this epidemic of violence, the best way to stop a bullet is with a job.”

Which is odd, because according to the BLS, jobs across the US are growing at a brisk pace of over 200K per month.

Sadly, we expect this form of social devolution to continue no matter who is president in November because the underlying issue of most social problems in America, the withering economy, will not only remain unaddressed – after all a Congressman once told Bernanke to “get to work” instead of doing his job, which the Fed promptly did by further enriching the richest Americans at the expense of all other social tiers – but, worse, anyone who dares to point it out is promptly accused of “peddling fiction.”