A number of towns and regions in Spain have agreed to ban glyphosate herbicides in public areas, according to Kistiñe Garcia of the Spanish NGO, Ecologistas en Acción. 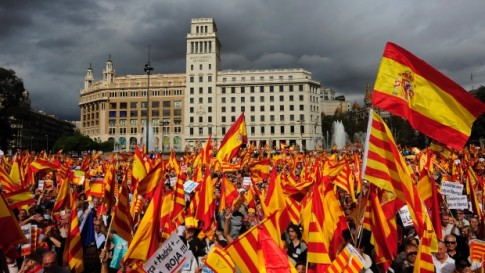 The Spanish towns and regions join a long list of local and national authorities around the world that have restricted or banned glyphosate.

Kistiñe Garcia cautions that while the Spanish towns and regions have taken the decision to ban glyphosate, it will take them some time to substitute alternatives and phase it out completely.

The Spanish towns and regions that have decided to ban glyphosate herbicides are:
* Barcelona and its region
* Madrid
* Zaragoza
* The region of Extremadura.

The regions of La Rioja (a major wine-growing area) and Aragon have approved a motion against endocrine disrupting chemicals (EDCs). This will ban glyphosate herbicides and other chemicals from public areas.

Kistiñe adds that this list is not complete as her group is still gathering information from the towns and regions. In other words, the list paints a conservative picture and the reality is even more positive, from the public health point of view.

More information on the Spanish initiatives (in Spanish) is here.