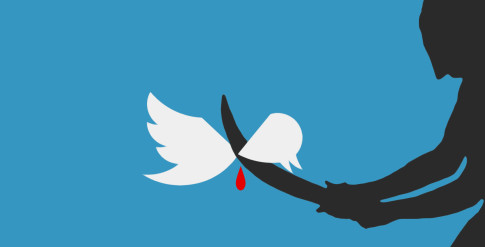 (MIDDLEEASTEYE) Saudi Arabia has sentenced a journalist to five years in prison and a fine of 50,000 riyals (around $13,300) after being charged for “insulting the rulers (and) inciting public opinion”, said Amnesty International on Friday.

He was also slapped with an eight-year travel ban. Brinji, who worked for Saudi newspapers Al-Bilad, Okaz and Al-Sharq, has already spent two years behind bars since May 2014, including a period of incommunicado solitary confinement.

His sentencing, said Amnesty, is “a clear violation of international law and the latest demonstration of the Saudi Arabian authorities’ deep-seated intolerance of the right to peaceful expression”.

The group said the journalist had been tried in a “notorious” counter-terrorism court, the Specialised Criminal Court, which also found Brinji guilty of “ridiculing Islamic religious figures”.

“He is the latest victim of Saudi Arabia’s ruthless crackdown on peaceful dissent, where the aim appears to be to completely wipe out any and all voices of criticism,” he said.

“Putting someone behind bars for peacefully exercising his legitimate right to freedom of expression, and defending the rights of others to do so, is a complete distortion of the very notion of justice.

“The authorities must ensure his conviction is quashed and release him immediately and unconditionally,” Lynch added, insisting that Saudi Arabia “must be held accountable for its gross and systematic violations of human rights.”

Awamiya, a town of about 30,000 in Eastern Province, has been the scene of repeated incidents since 2011.