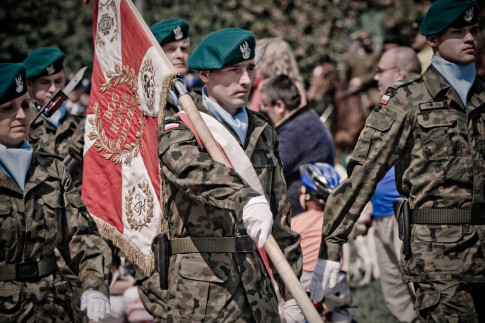 – Polish Government Rocked By Resignation of Generals As Tensions With Russia Build:

The surprise resignations of several key Polish generals have rocked the new conservative government, which is facing a barrage of criticism at home and abroad over a host of controversial reforms.

“Five generals have submitted their resignations over the last few days,” Szczepan Gluszczak, spokesman for the general command of the Polish armed forces, told commercial television channel Polsat on Friday.

The resignations came months ahead of a large NATO exercise in Poland, as well as the western defence alliance’s next summit, set for July in Warsaw.

It is the latest hurdle to trip up the governing Law and Justice (PiS) party that came to power in October after eight years in opposition.

The PiS has introduced controversial reforms giving the government more control over the constitutional court, state media and other institutions in a move that has alarmed the European Union and inspired street demonstrations.

Critics also say the new government has weakened the economy and two global ratings agencies have responded with warnings.

Gluszczak did not specify who had resigned, but local media reported that the generals in question included joint staff chief Ireneusz Bartniak and the commanders of land forces, the navy and the armoured and airborne forces.

“We have (the) Anaconda (exercise) coming up and the NATO summit in Warsaw, and here we have commanders, the captains of the ships, fleeing,” deputy defence minister Bartosz Kownacki said Friday, according to Polish news agency PAP.

He did not say why the generals had quit, but former defence minister Tomasz Siemoniak said “it’s just the beginning of the end. The atmosphere is very bad” in the army.

Local media are speculating that the resignations could be in response to recent announcements by new Defence Minister Antoni Macierewicz, who is on a crusade to stamp out all traces of the communist era.

Macierewicz wants to block promotions of servicemen who joined the army before the fall of the Iron Curtain in 1989, especially those who attended military schools in the Soviet Union.