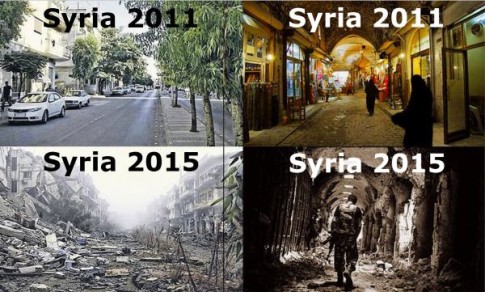 – 31 ceasefire violations in Syria over past 3 days – Russian Foreign Ministry:

There have been 31 violations of the Syrian ceasefire over the past three days, Russian Foreign Ministry spokeswoman Maria Zakharova said. She added that during the same period the number of ceasefire agreements between local groups increased to 38.

Zakharova told reporters on Wednesday the figures were provided by the US. However, she did not specify who had broken the ceasefire.

She urged the US to “adhere to their commitments,” and added: “Now is the time to very carefully and responsibly approach the implementation of the Russia-US agreements on the cessation of hostilities in Syria.”

The Russia-US brokered ceasefire, which came into force on February 27, is being monitored by a co-chaired task force that exchanges relevant information.

In general, the US has taken a rather skeptical stance towards the truce’s prospects for success. Nevertheless, President Barack Obama has said his administration will do everything in its power to make it work. Last Wednesday, Secretary of State John Kerry told a Senate committee that Washington has been discussing “Plan B” options, in case the truce agreement in Syria fails.

Russia said it has not discussed any “Plan B” options and finds it surprising that America has.

On Wednesday, Zakharova said Moscow hopes Washington’s statements concerning other options in Syria will not be considered.

“We hope that statements made by a series of senior officials in Washington about the presence of a “Plan B”, or other alternative plans for Syria in the event of the resumption of hostilities, will remain theoretical,” she said.

On Tuesday, Russian Foreign Minister Sergey Lavrov and Kerry stressed the need for cooperation to end hostilities in Syria. At the same time, the UN announced it would delay the next round of Syria peace talks by two days, so the truce in the country has time to take hold.

“We’re moving in the right direction. The cessation of hostilities is settling,” he said.

The negotiations were initially scheduled for March 7, but UN Syria envoy, Staffan de Mistura, said the UN is delaying them to March 9. Mistura added that attempts to disrupt the ceasefire must be contained so they don’t become the focus of the inter-Syrian talks.

One of the central issues has been the list of Syrian opposition groups to be included and the participation of the Kurds. Answering a question about having the Kurdish groups at the peace talks in Geneva, Zakharova said on Wednesday that it’s a decision the UN has to make. Moscow has always supported this idea, she said.