With Deutsche Bank credit risk exploding and stock price collapsing to record lows, despite the CEO’s “rock solid” affirmations, there is only one way to know just how real a crisis this is… when government officials issue ‘denials’.

“No, I have no concerns about Deutsche Bank,” Schaeuble says

Schaeuble comments to Bloomberg Television after press conference in Paris. 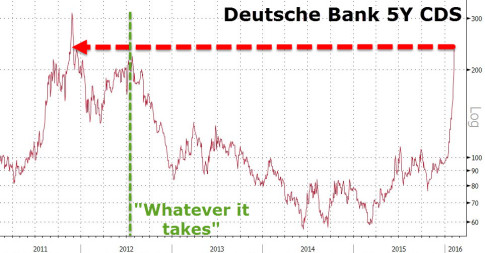 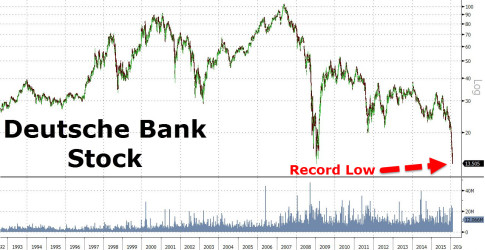 So when does Schaeuble get “concerned?”