This World Food Day, on Friday, all roads lead to the magnificent Nakuru County in Kenya’s rift valley region; where a demonstration and a public debate have been organised to challenge the push for the introduction of Genetically Modified Organisms (GMOs) in Kenya. 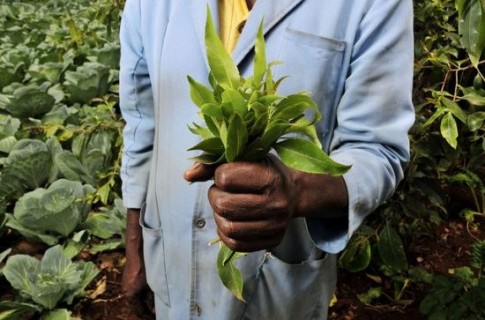 The Kenya Biodiversity Coalition (KBioC) together with Greenpeace Africa, Kenya Organic Agriculture Network (KOAN) and the Institute for Culture and Ecology (ICE) are joining the rest of the world to celebrate and address critical issues and concerns around the Right to food. Through the demonstration, the organisations aim to call on the Government of Kenya (GOK) not to lift the ban on GMOs. The demonstration will be followed by a public forum which will debate whether Nakuru is ready for GMOs.

Dubbed as ‘Kenya’s food basket’, Nakuru could very easily become a battleground between the broken food system and citizens fighting for their right to healthy, environmentally-friendly food. While pressure mounts on governments in Africa, including Kenya, to embrace Genetically Modified food, the people of Nakuru are pushing back on the pressure by declaring Nakuru GMO free.

“GMO foods are being pushed as the panacea to food security, KBioC rejects this and calls for Kenyans to demand that the government of Kenya invests into systems that promote seed and food sovereignty like organic agriculture, investment in irrigation and land management systems,” says Anne Maina, the National Coordinator, KBioC.

Greenpeace Africa in conjunction with partners – KBioC, KOAN, and ICE – and other farmers movements are saying a clear ‘no’ to GMO food and ‘yes’ to Ecological Farming. Ecological farming is a production system based on working with nature that is good for people and the planet.

“Many of our small-scale farmers are already practising ecological farming. This farming system combines the relevant recent scientific knowledge with the knowledge from our forefathers,” says Greenpeace Africa’s Shanaaz Nel.

Kenya is full of viable initiatives that put farmers at the centre of sustainable and economically feasible ecological solutions: “Food must not be viewed as a commodity for commercial exchange, but rather one that is intertwined with our lives and therefore it must be produced in an ecologically sound manner,” says Wanjiru Kamau of KOAN.

The groups have called on the Government of Kenya, donors, and philanthropic organisations to reject Genetic Engineering, shift funds away from large-scale industrial agriculture and support Ecological farming in order to increase farmer incomes, promote diversity, build resilience and ultimately food sovereignty for the benefit of all of Kenya’s people and the empowerment of local farmers.