“In my opinion, provision of military support to illegal structures runs counter to the principles of modern international law and the United Nations Charter.” 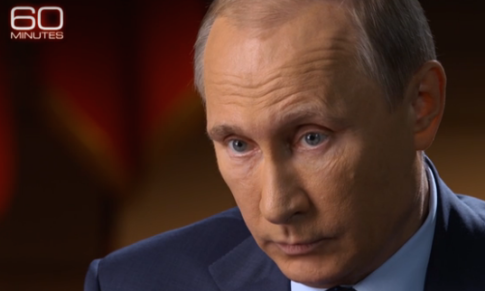 As we never tire of pointing out, perhaps the most amusing thing about Russia’s stepped up role in Syria is the extent to which it represents the calling of Washington’s ISIS bluff.

For more than a year now, the US and its regional allies have purportedly been engaged in a sweeping effort to defeat Bakr al-Baghdadi’s army and rid the world of what’s been billed as the greatest threat to humanity since the Third Reich. Curiously, ISIS is still operating and still making periodic territorial gains despite the fact that when you strip away all of the nuance what you have is a ragtag militia battling the most advanced air force on the planet. There are of course no shortage of conspiracy theories as to what exactly is going on and even if one wishes to avoid going so far as to say that the US created ISIS, there’s no question that Washington has played a role in training and arming anti-regime forces in Syria and some of those anti-regime forces have turned out to be Sunni extremists.

Until now, the US seemed content (and again, this isn’t so much a conspiracy theory as it is a simple assessment of readily observable facts) to bide its time and wait out Assad’s army. Try as he might, there simply was no way Assad was going to be able to hold out forever as fighting a multifront war is ultimately impossible even if, as was the case with Germany during World War II, the effort is backed by a vast military industrial complex. But Russia’s arrival at Latakia changed the calculus and now, the US must decide whether to join forces with Washington’s two fiercest foreign policy critics in order to preserve the “anything is better than ISIS” narrative, or else drop that narrative and admit publicly that the fall of Assad and the resultant BOP shift takes precedence over wiping out terrorism.

And while the Obama administration scrambles to figure out how best to negotiate the situation, Vladimir Putin has kept the pressure on by making near daily pronouncements about what exactly it is Russia is doing in Syria, thus debunking the myth perpetuated by the American media that Washington just can’t seem to discern Moscow’s intentions.

In the latest example of this dynamic, Putin gave an interview to American media ahead of his speech at the UN next week. Here’s Reuters with more:

In an interview with U.S. networks recorded ahead of a meeting with U.S. President Barack Obama, Putin said Syrian President Bashar al-Assad deserved international support as he was fighting terrorist organizations.

“In my opinion, provision of military support to illegal structures runs counter to the principles of modern international law and the United Nations Charter,” he said in an excerpt of an interview with U.S. television networks CBS and PBS released by the Kremlin.

Putin says Damascus should be included in international efforts to fight (IS), a demand the United States rejects, and he criticized U.S. plans to train up to 5,400 Syrian rebels to fight Islamic State.

“It turns out that only 60 of these fighters have been properly trained, and as few as four or five people actually carry weapons,” he said. “The rest of them have deserted with the American weapons to join ISIS.”

Yes, they sure have, and as we noted on Saturday, the latest effort to train and arm “moderate” rebels took a further turn for the absurd on Friday when the four or five remaining US-trained fighters were stopped by al-Qaeda, who proceeded to steal their pickup trucks, confiscate their bullets, and leave them standing in the middle of the desert.

Charlie Rose spent time with Putin while on assignment for “60 Minutes,” and asked him about Russia’s intentions in Syria.

Charlie Rose: So you would like to join the United States in the fight against ISIS? That’s part of why you’re there. Others think that while that may be part of your goal, you’re trying to save the Assad administration because they’ve been losing ground and the war has not been going well for them. And you’re there to rescue them.

Vladimir Putin (through translator): Well, you’re right. And it’s my deep belief that any actions to the contrary in order to destroy the legitimate government will create a situation which you can witness now in the other countries of the region or in other regions, for instance in Libya, where all the state institutions are disintegrated. We see a similar situation in Iraq.

And there is no other solution to the Syrian crisis than strengthening the effective government structures and rendering them help in fighting terrorism. But at the same time, urging them to engage in positive dialogue with the rational opposition and conduct reform.

Rose: As you know, some of the coalition partners want to see President Assad go first before they will support.

Putin: I’d like to recommend to them the following: They should send this message to the Syrian people. It’s only the Syrian people who are entitled to decide who should govern their country and how.

Now obviously, he’s correct on all accounts here and it certainly isn’t because Vladimir Putin somehow understands more about how the democratic process works than Obama. In other words, it’s not that Washington doesn’t understand that its strategy to destabilize the Assad regime and subvert the will of the Syrian people (who, by the way, would probably prefer Assad to the outright anarchy that exists in Syria today) is utterly deplorable, it’s just that the Pentagon and the CIA are all-in on this one and at this point there’s simply no way to spin the narrative in a way that gives them a way out. Putin is simply taking advantage of that and is now using every opportunity to highlight the hipocrisy and illegality of what the West and its regional allies have done.

Finally, because Syria can be a rather depressing subject when one takes stock of the human suffering the conflict has caused, we close with a little Putin levity via RT and 60 Minutes:

Charlie Rose sat down with Putin to discuss, among other issues, how the world views the Russian leader. CBS has published a preview of the interview.

Rose pointed out that some people have been referring to Putin as a ‘tsar.’ Putin responded that people call him various names, but added he believes the description “does not fit me.”

“It’s not important how I’m called, whether these are well-wishers, friends or political opponents. It’s important what you think about you, what you must do for the interest of the country which has entrusted you with the position as the head of the Russian state.”

When asked what he admires about America, Putin said that what he likes most is “the creativity.”

“Creativity when it comes to your tackling problems. Their openness – openness and open-mindedness – because it allows them to unleash the inner potential of their people. And thanks to that, America has attained such amazing results in developing their country.”