Earlier this week, Bashar al-Assad served notice to ISIS that the tide may have just turned in the battle for Syria. The Kremlin’s move to increase its “logistical” and “technical” support for government forces at Latakia appears to have breathed new life into the regime which carried out a series of air raids in the de facto ISIS capital Raqqa on Thursday.

This came amid reports that Assad’s forces were using new “highly effective and very accurate” weaponry. “There are modern weapons that the regime didn’t previously have, be they rocket launchers or air to ground to missiles,” The Syrian Observatory for Human Rights told Reuters.

Needless to say, Russia’s move to bolster Assad and the suggestion by Syrian foreign minister Walid al-Moualem that Damascus may soon formally request Russian ground troops for the fight has alarmed Washington which, until now, was content to bide its time until Assad finally fell before swooping in to “liberate” the country from whatever militia managed to prevail. As we outlined on Friday, that option is now officially off the table, as toppling Assad will now mean ISIS, al-Nusra, YPG, and the various and sundry other groups operating throughout the country will need to first defeat Russia, an exceptionally unlikely outcome and one that the Pentagon certainly cannot afford to wait out. With its back against the wall in terms of explaining to the public why it seems more and more like the US would rather allow ISIS to continue to operate rather than ally with Russia and Assad to defeat them, Obama and Kerry folded on Friday, instructing Defense Secretary Ashton Carter to phone his Russian counterpart to begin coordinating anti-terror activities in Syria. Here’s The New York Times:

As the first Russian combat aircraft arrived in Syria, the Obama administration reached out to Moscow on Friday to try to coordinate actions in the war zone and avoid an accidental escalation of one of the world’s most volatile conflicts.

The White House seemed to acknowledge that the Kremlin had effectively changed the calculus in Syria in a way that would not be soon reversed despite vigorous American objections. The decision to start talks also reflected a hope that Russia might yet be drawn into a more constructive role in resolving the four-year-old civil war.

At Mr. Obama’s instruction, Defense Secretary Ashton B. Carter on Friday opened a dialogue on Syria with his Russian counterpart, Defense Minister Sergei K. Shoigu, aimed at making sure that American and Russian forces avoid running into each other by mistake.

“The Russians are going into Syria because the regime’s position in the north is deteriorating,” he noted. “The Pentagon has been unable to recruit and train a viable opposition to fight the Islamic State because the rebels’ main interest is in fighting Mr. Assad. Given divisions between Moscow and Washington, it’s hard to see how you turn convergence on tactical military issues into a collective and viable political strategy to stabilize Syria and end the war.”

But that appears to be precisely Mr. Kerry’s goal. “They allege that they also share the goal of a political transition that leads to a stable, whole, united, secular Syria,” Mr. Kerry said of the Russians on Britain’s Channel 4. “The question always remains, Where is Assad’s place and role within that? And that’s what we need to have more conversation on.”

Note that this is a bitter defeat for Washington. Moscow, realizing that instead of undertaking an earnest effort to fight terror in Syria, the US had simply adopted a containment strategy for ISIS while holding the group up to the public as the boogeyman par excellence, publicly invited Washington to join Russia in a once-and-for-all push to wipe Islamic State from the face of the earth. Of course The Kremlin knew the US wanted no such thing until Assad was gone, but by extending the invitation, Putin had literally called Washington’s bluff, forcing The White House to either admit that this isn’t about ISIS at all, or else join Russia in fighting them.

The genius of that move is that if Washington does indeed coordinate its efforts to fight ISIS with Moscow, the US will be fighting to stabilize the very regime it sought to oust.

In other words: checkmate, courtesy of The Kremlin. 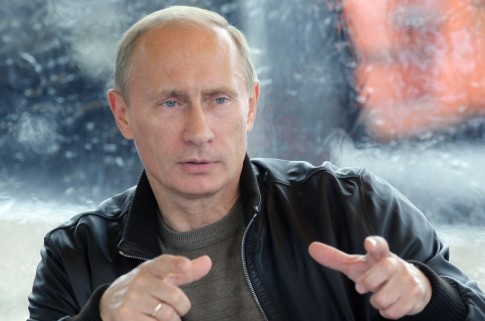 And while Washington scrambles to decide its next move, Assad was back on offense Friday, launching what observers said were the heaviest air strikes yet on ISIS targets near the ancient city of Palmyra. Here’s BBC:

IS captured Palmyra, which includes a Unesco World Heritage site, in May.

The city of Idlib is a stronghold of an alliance of jihadist and Islamist groups calling itself the Army of Conquest. 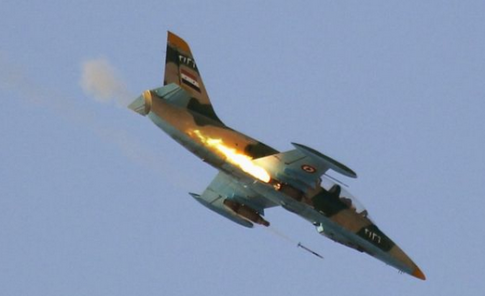 The latest air strikes came a day after Syrian air force jets attacked Raqqa, the de facto capital of IS.

“In the past two days, the regime has intensified its air raids against areas controlled by the Islamic State group,” Observatory spokesman Rami Abdel Rahman said.

And from Al Arabiya:

Syrian warplanes unleashed a wave of deadly airstrikes on the militant-held town of Palmyra in central Syria on Friday, killing at least 15 and wounding many more, activists said, in some of the heaviest bombardment since the extremist group seized the ancient town May 10.

The Palmyra airstrikes come a day after the Syrian army carried out heavy air raids in the northern city of Raqqa, also held by the Islamic State of Iraq and Syria  group (ISIS).

A local activist who spoke on condition of anonymity for security reasons reported at least 30 air raids on Palmyra Friday. A local media collective called the strikes a “massacre” and said 15 people were killed and more than 120 wounded. It said Palmyra’s only hospital was suffering severe shortages in staff and equipment, and some of the wounded had to be taken to Raqqa, more than 200 kilometers (125 miles) away.

In short, the Assad regime appears to have gone from depleted and exhausted, to “massacring” rebel fighters in the space of just two weeks, a remarkable turnaround which certainly seems to suggest that if the US doesn’t figure out a strategy soon, the whole thing could be over and Assad restored.

Incidentally, Hezbollah claims to have beaten back a rebel advance in Foua on Friday. Here’s Al Arabiya again:

Meanwhile, a coalition of rebel groups launched a major ground offensive on two predominantly Shiite villages in the northern province of Idlib, firing dozens of rockets and detonating at least seven booby-trapped vehicles on their outskirts.

The coalition, known as Jaysh al-Fateh, or “Army of Conquest,” attacked Foua and Kfarya villages earlier Friday. Both are held by pro-government forces in an otherwise rebel-controlled province.

Bear in mind that the main reason for Israeli Prime Minister Benjamin Netanyahu’s visit to Moscow on Monday is to prevent Russia’s presence in Syria from strengthening Hezbollah.

Meanwhile, behind the scenes, the man some suspect of masterminding the entire effort to restore the Assad regime, Quds commander Major General Qassem Soleimani, seems to understand the US strategy all too well – we close with the following from Iran’s PressTV:

Commander of the Quds Force of the Islamic Revolution Guards Corps (IRGC) Major General Qassem Soleimani said Wednesday that the policy of the US with regards to Daesh and other Takfiri groups operating in the region is to only have them under control and not eliminate them. 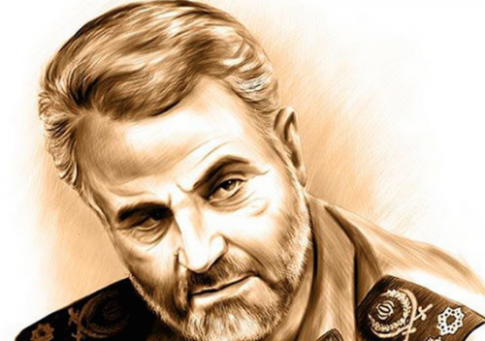