The question gets raised again: Is this guy really planning on leaving office or no? Already, under the reign of terror propagated by Obama, Pelosi, and Reid, liberals have managed to achieve roughly 35 of the 45 Goals of the Soviet Union to Bring About the Destruction of the United States. There is no argument to be made there… none. They were published in 1958, and they are listed in that post for you to see for yourself. The United States is sprinting toward a Communist/Socialist nation as fast as Obama can get us there.

Now, as you’ll learn in the video and article below, Obama has issued another illegal Executive Order that is downright Orwellian in nature. Made into law illegally by none other than the Emperor himself, federal agencies can now hire psychologists to experiment and find ways to better manipulate the American people… but not to worry… “It’s for your own good… Obama promises.” The idea behind hiring psychologists is so federal agencies can better understand how Americans make decisions and act on them, and then exploit it. The order can be traced back to a 2013 policy proposal entertained by the White House called “Strengthening Federal Capacity for Behavioral Insights.”

Obama tried to go about this policy idea the constitutional way in 2013, and rightfully it fell flat on its face. Article II of the Constitution gives the President NO legislative power, none. Does Obama care? Of course not… he’ll just make law with his phone and his pen… and as usual, no one in the mainstream will report on it, and no one will stand in his way.

FOR MORE NEWS BY VOICE OF REASON CLICK HERE!

CHECK OUT THE NEW GOOGLE+ PAGE!

Federal agencies have been directed to hire psychologists to experiment and find ways to better manipulate the American people to the federal government’s will.

“A growing body of evidence demonstrates that behavioral science insights – research findings from fields such as behavioral economics and psychology about how people make decisions and act on them – can be used to design government policies to better serve the American people,” Obama wrote in an executive order released Tuesday on WhiteHouse.gov. The origin of the order can be traced back to a 2013 policy proposal entertained by the White House called “Strengthening Federal Capacity for Behavioral Insights.”

“[T]o more fully realize the benefits of behavioral insights and deliver better results at a lower cost for the American people, the federal government should design its policies and programs to reflect our best understanding of how people engage with, participate in, use, and respond to those policies and programs,” Obama wrote, the Washington Examiner reported.

Obama has not hidden his interest in using federal resources to employ behavioral science techniques on the public. The White House launched a Social and Behavioral Sciences Team, or SBST, in February 2014 and then celebrated its one-year anniversary on the White House blog.

SBST will now move forward to identify programs that will “most effectively promote public welfare, as appropriate, giving particular consideration to the selection and setting of default options.” The team’s work is done under the purview of the National Science and Technology Council.

“The two behavioral scientists argued in their 2008 book ‘Nudge’ that government policies can be designed in a way that ‘nudges’ citizens toward certain behaviors and choices,” the Daily Beast reported.

Obama’s executive order requires SBST to issue guidance to federal agencies on how to implement his policy directive within the next 45 days. 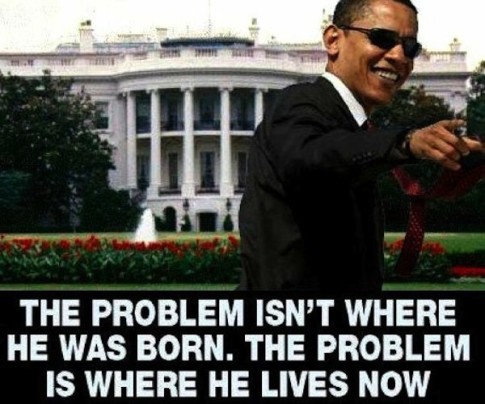