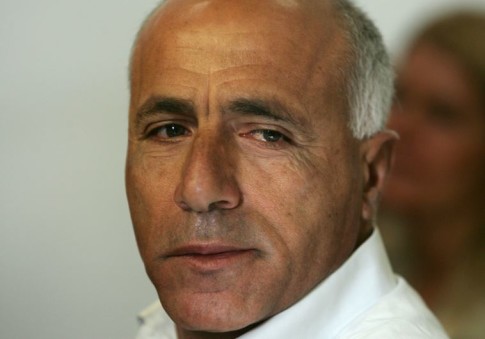 Mordechai Vanunu, the former technician at the Dimona nuclear plant who was imprisoned for 18 years for divulging secrets related to Israel’s purported nuclear weapons program, gave his first interview to the Hebrew-language Israeli press on Friday.

Vanunu told Channel 2 that his decision to photograph sensitive nuclear facilities at Dimona, revealing information that Israel had kept secret until that point, was motivated by his desire to “inform the citizens of the Middle East, the world, and the state of Israel.”

The former technician said that he had gradually adopted left-wing views during his employment at Dimona, and that he was horrified at “the danger” of Israel’s nuclear weapons program.

Vanunu was jailed as a traitor in 1986 and served an 18-year sentence after discussing his work as a technician at Israel’s Dimona nuclear reactor with a British newspaper, an interview that led experts to conclude the facility had produced fissile material for as many as 200 atomic warheads.

After his release from jail in 2004, Israeli defense authorities barred Vanunu from traveling abroad or speaking with foreigners, alleging he has more details on the Dimona atomic reactor to divulge.

The restrictions, upheld by Israel’s Supreme Court, have been condemned by international human rights groups.

Vanunu denies he poses a security risk but says he will pursue anti-nuclear activities and wants to live abroad.

In court, Vanunu – who in the past has refused in protest against Israel to speak Hebrew publicly – addressed reporters in English.

Israel neither confirms nor denies having the Middle East’s only atomic weapons under a policy of “strategic ambiguity” billed as warding off enemies while avoiding arms races.

Vanunu, a Jewish convert to Christianity, argues that by refusing international inspections at Dimona, Israel inflames regional tensions and risks a “second Holocaust.”

He has also said the Jewish state has no right to exist, and there has been little public sympathy for him in Israel.

In 2007, Vanunu was sentenced to six months in jail for violating the ban on contact with foreigners.

According to Channel 2, Vanunu currently lives in east Jerusalem. Unemployed, he subsists solely on contributions from supporters. Earlier this year, he married a Norwegian woman with whom he wishes to leave Israel and start a new life abroad.

In the 15-minute, wide-ranging interview, Vanunu told Channel 2 that he does not regret his actions, even if it meant paying a heavy price – 11 of his 18 years in prison were spent in solitary confinement, away from other prisoners.

“It’s not a question of ‘was it worth it or not?'” he said. “It’s a matter of, ‘what is it that I did? Was it a good thing or not? And was the punishment that I served fitting or not?'”

Vanunu said he revealed the information he had in his possession “because there was nobody else that could have done it.”

“I had reached the conclusion that it was my duty to make sure that the public in the Middle East and throughout the world should know of the existence of this barrel of explosives in both its quantity and its quality,” Vanunu told Channel 2.

When asked if he had achieved any personal gain from his actions, Vanunu replied: “I didn’t do this for Vanunu, Mordechai. Vanunu, Mordechai went and did this for the people all over the world, including in the State of Israel.”

“I knew that I was going against the entire country, against the Shin Bet, the Mossad, the IDF, and that they would take steps against me,” he said.

Vanunu was hired as a technician at Dimona in 1976. According to Vanunu, he began having misgivings about the nature of his job.

“As I kept moving up the ladder and getting promoted, I saw what it was that they were manufacturing,” he said. “That’s when I came to the conclusion that the public needed to know what was going on here.”

Vanunu was dismissed from his job in 1985. Two years earlier, Vanunu said that he was summoned to regular meetings with the Shin Bet (Israel Security Agency) after it became aware of his radical leftist politics.

“I was called to give answers in various interrogations,” he said. “They wanted me to lose my job, so what they did was announce a 10-percent cut in the public sector work force. In August 1985, I was put on the list of those who were about to lose their jobs.”

Vanunu denied to Channel 2 that the termination of his employment motivated his desire for revenge, which led him to leak state secrets.

He said that before his last day of work at Dimona, he decided to photograph a number of areas inside the plant.

Vanunu said that he managed to sneak a camera into Dimona through his backpack, which he took with him regularly since he was also a university student at the time.

Vanunu said that he took close to 60 pictures over the span of two days, and that he managed to avoid being noticed by employees at the plant since the photographs were taken during night shifts, when there was less activity.

After resigning from Dimona, Vanunu took the photographs with him on his travels abroad, which included stops in Thailand and Australia.

Eventually, he wound up in London, where he met with a journalist from The Sunday Times. His British hosts, which included the newspaper’s editors as well as a nuclear expert, were initially skeptical of the authenticity of the photographs and the veracity of Vanunu’s claims.

Once the newspaper sought comment from the Israeli embassy in London, that was the tip-off that the Mossad needed. By then, it was apparent that someone was leaking the country’s nuclear secrets.

“It was a race to see what would happen first,” Vanunu said. “Either the Mossad would get me, or I would get the photographs published in the press.”

The Mossad, being reluctant to operate on British soil, instead sent a woman known as “Cindy” to lure Vanunu to continental Europe, where it had a much freer hand.

Described as “blonde, good-looking, and having an American accent,” Vanunu struck up a conversation with “Cindy” on a London street corner.

As their relationship progressed, “Cindy” invited Vanunu to “visit her sister” in Rome, where Mossad agents were waiting to arrest him.

“There were probably a lot of woman on the street who were working for the Mossad in London at that time,” Vanunu told Channel 2. “I thought this was a relationship that was going somewhere.”

Instead, while in a Rome apartment, Vanunu was drugged and kidnapped by a group of Mossad agents who hatched an elaborate plan to smuggle him out of Italy and onto a yacht in the Mediterranean before reaching Israel’s shores.

It was after Vanunu’s arrest that the Sunday Times, realizing the truth of his claims, published its bombshell report which included the photographs of the Dimona reactor.

Vanunu denied claims that he was paid $75,000 for leaking the secrets. He also accused the Shin Bet of “abuse” during his 18-year incarceration, 11 of which were spent in solitary confinement.

He told Channel 2 that during his time in prison, “no one was allowed to approach me or to see that I was there.”

“When I would go out in the prison yard, not only would there be no other prisoners there, but all the other prisoners had to have their windows closed so that no one would know I was there,” he said.

Vanunu said that he no longer sought to be “a champion” of the campaign against Israel’s purported nuclear weapons program, “but that job is being foisted on me.”

“I think the time has come for [the state] to allow me to leave,” he said. “I got married three months ago. I can’t get a job here, so she is the breadwinner. I want to live my life, start my life anew. I’m finished with this entire [nuclear] story, and I’ve said this hundreds of times. I have no more secrets to tell, and I want them to let me leave and go live abroad with my wife, and that’s the end of the story.”

1 thought on “Vanunu tells Channel 2: Israel’s nuclear program a danger to the world”