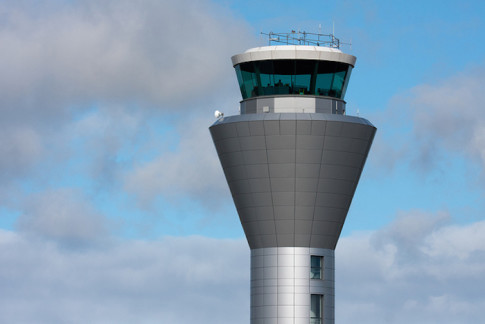 “In fact the last time we saw similar systems go down was during the attacks on the World Trade Center (WTC) and the Pentagon, Sept. 11, 2001.”

WASHINGTON, DC (INTELLIHUB) —  Air Traffic Collision Avoidance Systems (TCAS) and Automatic Dependent Surveillance-Broadcasts (ADS-B) will be down or spotty in 5 states, extending up to 200 miles off shore of the Eastern Seaboard, until Oct. 1, according to a NOTAM issued Sept. 1 by the Federal Aviation Administration (FAA).

The NOTAM reads in part:

Due to military activities, the TCAS and ADS-B surveillance may be unreliable in the airspace over Virginia, North Carolina, South Carolina, Georgia and Florida, and extending approximately 200 nautical miles offshore, from 1 a.m. EDT (0500z) Sept. 2 until midnight EDT (0459z) on Oct. 1.

Pilots are advised that the traffic alert and TCAS may fail to establish tracks on nearby aircraft and may fail to receive traffic alerts (TA) or resolution advisories (RA). Operators should be aware that tracks may first appear within close proximity to their aircraft, and may immediately go into TA/RA status.

Pilots are advised to maintain an increased visual awareness in this area. If operators believe that an aircraft should have triggered an alert, the incident should be reported to air traffic control as soon as possible.

This is due to a late notice Department of Defense exercise, and NBAA has voiced its concern to the FAA that these sort of significant impact tests need much more notice to operators in the NAS.

This is immensely concerning not only for the safety of passengers and staff aboard flights navigating the affected areas but for the security of our country as well.

In fact the last time we saw similar systems go down was during the attacks on the World Trade Center (WTC) and the Pentagon, Sept. 11, 2001.

The FAA’s website explains the ADS-B as an “Automatic Dependent Surveillance–Broadcast (ADS-B) is a precise satellite-based surveillance system. ADS-B Out uses GPS technology to determine an aircraft’s location, airspeed and other data, and broadcasts that information to a network of ground stations, which relays the data to air traffic control displays and to nearby aircraft equipped to receive the data via ADS-B In. Operators of aircraft equipped with ADS-B In can receive weather and traffic position information delivered directly to the cockpit.”

Additionally it may be important to note that a second air defense blimp, or aerostat, has been dispatched to the skies over Connecticut and Maryland. The aerostat is capable of watching a 360 degree field in the sky for approaching space objects, missiles and aircraft.