For the 3rd day in a row, crude oil prices are spiking as the short squeeze morphs into a war premium. Heberler reports that Saudi ground troops have entered Northern Yemen and seized control of two areas in the Saada province. WTI is now above $45…

As we noted previously, boots have been on the ground there (and tank tracks) since early July…

But, as Haberler reports, forces seize control of two areas in Yemen’s Saada province in the first actual ground offensive by The Saudis…

Saudi Arabian ground troops have advanced into northern Yemen, in a bid to push back against Houthi Shia militia and forces loyal to ousted president Ali Abdullah Saleh, military and tribal sources said.

This is Saudi Arabia’s first ground offensive in Yemen since it launched an extensive military campaign in March targeting Houthi positions.

Yemen descended into chaos last September, when the Houthis overran capital Sanaa and other provinces, prompting Saudi Arabia and its Arab allies to launch a massive air campaign against the Shia group.

Pro-Hadi forces – backed by Saudi-led air power – have managed recently to retake Aden and Taiz from the Houthis. 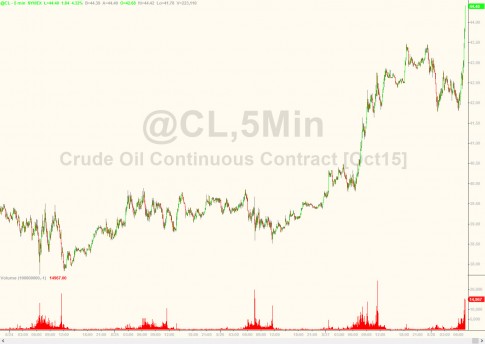 Makes you wonder who got the nod of the invasion yesterday?

We have however seen this size 3-day explosion before… 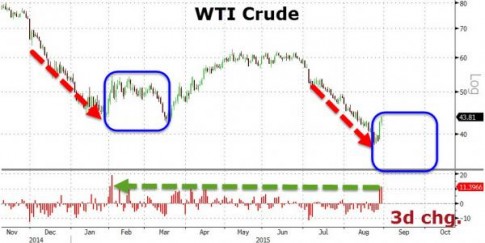 First, is this: will this “initial” incursion morph into something much larger, which will put further pressure on Saudi Arabia’s already strained budget, requiring still more bond issuance to offset the FX reserve burn?

Second: if this does snowball into an all-out ground invasion will Iran decide that it’s finally time to provide more than “logistical support” to the Houthis who, as of late July, were on their heels after losing control of Aden?