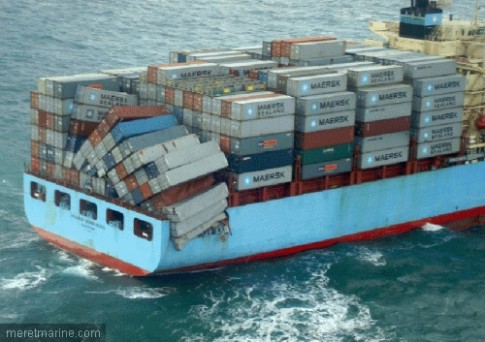 Three weeks ago, when we last looked at the collapse in trade along what may be the most trafficked route involving China, i.e., from Asia to Northern Europe, we noted that while that particular shipping freight rate Europe had crashed some 23% on just one week, there was some good news: at least the Baltic Dry index was still inexplicably rising, and at last check it was hovering just above 1,100.

That is no longer the case, and just as with everything else in recent months, the Baltic Dry dead cat bounce is now over, with the BDIY topping out just above 1200 on August 4, and now back in triple digit territory, rapidly sliding back to the reality of recent record lows which a few months ago we suggested hinted that much more is wrong with global trade, and the global economy, than artificially manipulated stock markets would admit. 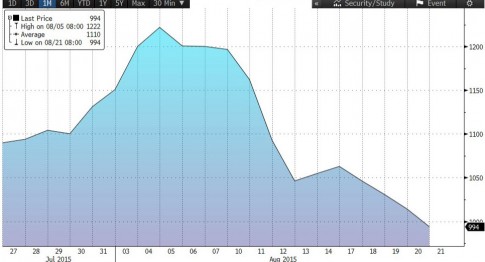 More importantly, a major source of confusion appears to have been resolved. Recall that as we noted on August 3, “many were wondering how it was possible that with accelerating deterioration across all Chinese asset classes, not to mention the bursting of various asset bubbles, could global shippers demand increasingly higher freight rates, an indication of either a tight transportation market or a jump in commodity demand, neither of which seemed credible. We may have the answer.”

“Should the dead cat bounce in shipping rates indeed be over, and if the accelerate slide continues at the current pace, not only will shippers mothball key transit lanes, but the biggest concern for global economy, the unprecedented slowdown in world trade volumes, which we flagged a week ago, will be not only confirmed but is likely to unleash yet another global recession.“

As expected, on Friday, we got confirmation that the BDIY has indeed become a lagging indicator to actual demand, when Reuters reported in its latest weekly update using data from the Shanghai Containerized Freight Index, that key shipping freight rates for transporting containers from ports in Asia to Northern Europe fell by 26.7 percent to $469 per 20-foot container (TEU) in the week ended on Friday.

The collapse in rates is nothing short of a bloodbath: “it was the third consecutive week of falling freight rates on the world’s busiest route and rates are now nearly 60 percent lower than three weeks ago.

Freight rates on the world’s busiest shipping route have tanked this year due to overcapacity in available vessels and sluggish demand in goods to be transported. Rates generally deemed profitable for shipping companies on the route are at about $800-$1,000 per TEU.

Other Europe-focused freight rates did even worse, with container freight rates from Asia to ports in the Mediterranean plunging 32.1%, while those to the US West and East coast slid by 7.9% and 9.9%, respectively.

This should not come as a surprise: it was back in March when we first reported that “Global Trade Volume Tumbles Most Since 2011; Biggest Value Plunge Since Lehman.” 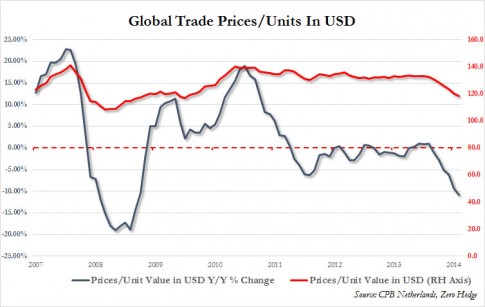 It took the no longer discounting “market” about 6 months to figure this out. As for the culprit, no question who is at fault.

The virtually guaranteed outcome of this “strategy”, as there is simply not enough demand as the world careens off the global recession cliff to offset a surge in freight costs, will be an even greater collapse in trade volumes.

The alternative, is just as bad: as we sarcastically hinted first in March:

… none of the above should alarm anyone: remember – central banks can just print trade with just the flick of a CTRL-P switch.

And then again three weeks ago when we said no need to worry because it is just a matter of time before “central planners learn how to print trade.”

For now, however, printing money no longer equates to boosting global trade. In fact, easy monetary policy now appears to be backfiring, as even the “market” has figured out. 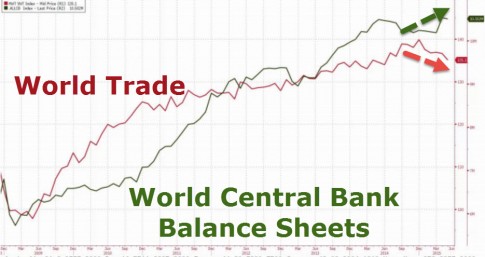 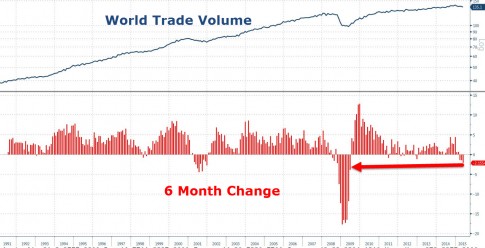 So, sarcasm aside, what really happens next, to both shipping, trade, the global economy and markets? Sadly, unless central planning finally works after 7 years of failing ever upward… this.