The group immediately released a video that shows the StemExpress CEO joking about receiving entire dead babies from Planned Parenthood. 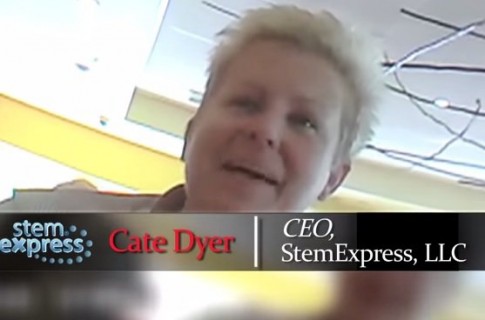 For some strange reason baby organ harvesting is a big joke to these people.

This latest video is only two minutes long and is more of a trailer of things to come. Most of its content was made up of bits and pieces of previous videos. The one new section featured Cate Dyer, the CEO of StemExpress in a lunch meeting with undercover operatives posing as representatives of a biotech firm. Dyer is seen laughing about how StemExpress purchases fully intact aborted babies from Planned Parenthood. As she paid the check, Dyer is laughing about how shippers of the aborted babies should give a warning to lab workers to expect such a whole (intact) baby.

“Oh yeah, if you have intact cases — which we’ve done a lot — we sometimes ship those back to our lab in its entirety,” she says.

“Tell the lab its coming,” she laughs about the intact unborn babies. “They don’t want to open the box and go ‘Oh my God!’” Dyer adds.