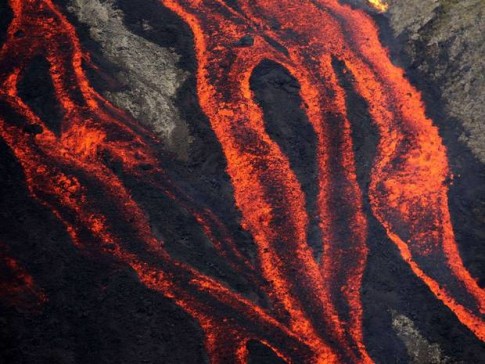 Much of the world may be awaiting news of the possible wreckage from MH370 today, but on the opposite side of the remote island where it was found, all eyes are on another story.

Officials warned of an imminent eruption at the Réunion volcano yesterday and evacuated the immediate area.