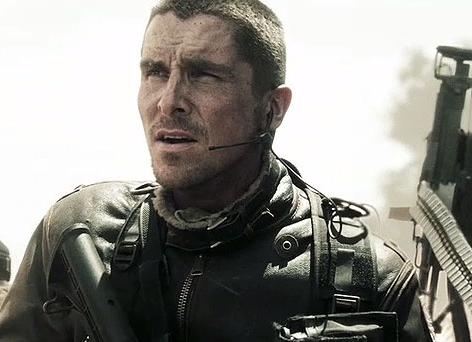 LOUISVILLE, Ky. (WDRB) – A Hillview man has been arrested after he shot down a drone flying over his property — but he’s not making any apologies for it.

It happened Sunday night at a home on Earlywood Way, just south of the intersection between Smith Lane and Mud Lane in Bullitt County, according to an arrest report.

Hillview Police say they were called to the home of 47-year-old William H. Merideth after someone complained about a firearm.

When they arrived, police say Merideth told them he had shot down a drone that was flying over his house. The drone was hit in mid-air and crashed in a field near Merideth’s home.

Police say the owner of the drone claimed he was flying it to get pictures of a friend’s house — and that the cost of the drone was over $1,800.

Merideth was arrested and charged with first degree criminal mischief and first degree wanton endangerment. He was booked into the Bullitt County Detention Center, and released on Monday.

WDRB News spoke with Merideth Tuesday afternoon, and he gave his side of the story.

“Sunday afternoon, the kids – my girls – were out on the back deck, and the neighbors were out in their yard,” Merideth said. “And they come in and said, ‘Dad, there’s a drone out here, flying over everybody’s yard.'”

Merideth’s neighbors saw it too.

“It was just hovering above our house and it stayed for a few moments and then she finally waved and it took off,” said neighbor Kim VanMeter.

VanMeter has a 16-year-old daughter who lays out at their pool. She says a drone hovering with a camera is creepy and weird.

“I just think you should have privacy in your own backyard,” she said.

Merideth agrees and said he had to go see for himself.

“Well, I came out and it was down by the neighbor’s house, about 10 feet off the ground, looking under their canopy that they’ve got under their back yard,” Merideth said. “I went and got my shotgun and I said, ‘I’m not going to do anything unless it’s directly over my property.’”

That moment soon arrived, he said.

“Within a minute or so, here it came,” he said. “It was hovering over top of my property, and I shot it out of the sky.”

It wasn’t long before the drone’s owners appeared.

“Four guys came over to confront me about it, and I happened to be armed, so that changed their minds,” Merideth said.

“There were some words exchanged there about my weapon, and I was open carry – it was completely legal,” he said. “Long story short, after that, they took me to jail for wanton endangerment first degree and criminal mischief…because I fired the shotgun into the air.”

Merideth said he was disappointed with the police response.

“They didn’t confiscate the drone. They gave the drone back to the individuals,” he said. “They didn’t take the SIM card out of it…but we’ve got…five houses here that everyone saw it – they saw what happened, including the neighbors that were sitting in their patio when he flew down low enough to see under the patio.”

“Well, we do have a city ordinance against discharging firearms in the city, but the officer made an arrest for a Kentucky Revised Statute violation,” he said.

According to the Academy of Model Aeronautics safety code, unmanned aircraft like drones may not be flown in a careless or reckless manner and has to be launched at least 100 feet downwind of spectators.

The FAA says drones cannot fly over buildings — and that shooting them poses a significant safety hazard.

“An unmanned aircraft hit by gunfire could crash, causing damage to persons or property on the ground, or it could collide with other objects in the air,” said FAA spokesman Les Dorr.

Merideth said he’s offering no apologies for what he did.

“He didn’t just fly over,” he said. “If he had been moving and just kept moving, that would have been one thing — but when he come directly over our heads, and just hovered there, I felt like I had the right.”

For now, Merideth says he’s planning on pursuing legal action against the owners of the drone.

“We’re not going to let it go,” he said. “I believe there are rules that need to be put into place and the situation needs to be addressed because everyone I’ve spoke to, including police, have said they would have done the same thing.”

“Because our rights are being trampled daily,” he said. “Not on a local level only – but on a state and federal level. We need to have some laws in place to handle these kind of things.”