“Seems mainstream media is being treated for what it is, lying, misleading false flag propagandists, and we’re not alone in dismissing them.”

And we’ve been here before.

What they are doing, by selling billions of dollars of paper gold in a second, is only done to keep the price of gold and silver artificially low.

– Silver Slammed As ‘Someone’ Dumps $1.4 Billion In ‘Paper’ Gold Futures

– Because Nothing Says “Best Execution” Like Dumping $1.5 BILLION In Gold Futures At 0030ET

This is the new form of ‘gold confiscation’ by TPTB, trying to keep the people away from buying one of the save havens before the collapse happens and making it cheap for themselves.

Meanwhile China and Russia are buying. 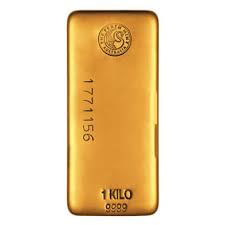 – Perth Mint sees surge in demand and cannot keep up with demand
– “Our biggest restriction is the amount of unrefined gold we’re getting in from producers”
– Very high demand for Perth Mint coins, bars coming from Asia, U.S. and Europe
– U.S. Mint sees highest sales of gold coins in over 2 years
– U.S. Mint restrictions on silver coins due to very high demand
– Gold sentiment has moved from despondency to depression (see chart)
– Current negative sentiment despite strong demand is good contrarian indicator

Depressed prices have led to the usual market response, a surge in physical demand for coins and bars globally.

This is confirmed in conversations we have had with our refiner and mint partners in recent days. There are growing shortages of supply of small coins and bars. This is resulting in delays in receiving bullion and indeed to rising premiums.

Treasurer for the Perth Mint, Nigel Moffatt has said that the mint has seen a surge in demand for physical gold since the price dropped below $1,100 per ounce.

In an interview on Bloomberg’s “First Up” show he said “Our biggest restriction is the amount of unrefined gold we’re getting in from producers”, adding, “everything we get in is going straight out the door as soon as we refine it.”

Moffatt says that the Perth Mint is seeing strong demand for kilo bars which go to Asia – particularly India, China and now Thailand – adding that traditional buyers in Asia tend to “stock up” on gold when the price falls.

There is also a huge demand for coins from individual buyers in the U.S. and Europe:

Gold “is going straight out the door as soon as we can find it.”

“Our only restriction on coin sales right now is the amount we can produce.”

“We’d be selling more if we could find skilled press operators.”

Sales of Perth Mint Certificates remain robust and he adds that the Perth Mint has seen a lot of interest in its new Depository Online Service despite the fact that it has not yet been officially launched nor has there been any publicity for it. 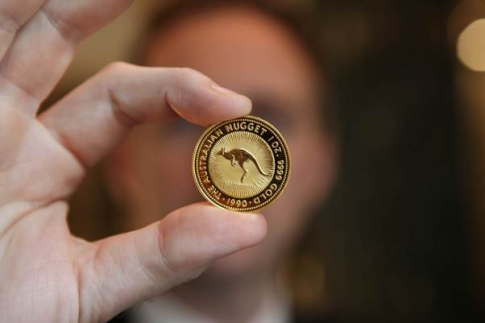 He points out that central banks are still accumulating gold despite the negative sentiment because “gold still has intrinsic value”.

He does not see the price of gold dropping a whole lot further given the cost of production, although he believes that we may see a fall to $1000 before the price moves upwards again.  It now costs on average around $1,000 to mine one ounce of gold.

On July 7 The U.S. Mint was forced to suspend sales having exhausted its inventory which suggests there was either a shortage in physical silver blanks or of physical silver bullion that makes the blanks. However, they have placed restrictions on sales and sales remain “allocated” to wholesalers in order to maintain some supply. 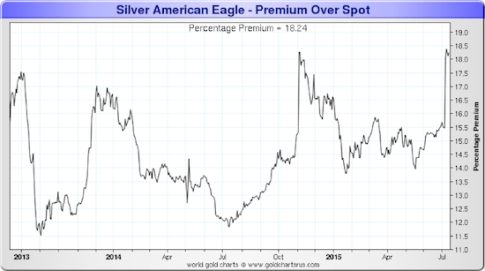 The U.S. Mint is legally required to supply as much silver as is needed to meet demand. Their inability to do so shows demand remains very robust.

So far this month the Mint has sold 4.03 million Silver Eagles. In June total sales came to 4.8 million coins. There are reports that 2.6 million coins were sold this week alone. So, despite having not been available for three weeks, in July Silver Eagle sales are down only 17% on the previous month.

The U.S Mint is also seeing strong demand for Gold Eagle coins, especially one ounce, which – at 136,500 – is more than double the June figure and is the highest demand since the bear raid which saw prices fall in April 2013.

There has been an unprecedented barrage of negative publicity towards gold in recent weeks. This negativity is not supported in any way by the activity in the markets for physical gold where shortages are showing up despite falling prices. 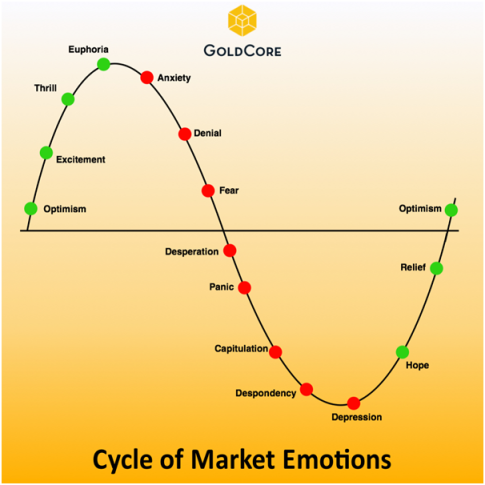 We believe this to be a good contrarian indicator that gold’s recent bout of weakness is drawing to a close and that the bull market may be set to resume once the current period of weakness runs its course and the forces of supply and demand reassert themselves.

Shortages, delays in delivery and rising premiums suggest that the long awaited short squeeze may be developing.

This shows the importance of taking delivery of bullion or owning allocated, segregated gold coins and bars of which you can take delivery.

Silver for immediate delivery has fallen 1.1 percent to $14.66 an ounce, poised for the biggest monthly retreat since September.

Gold is down for a sixth week in a row, on course for its longest losing streak since 1999. It is down more than 7 percent in July, the most in any month since June 2013. Sentiment is as bad as we have seen it and some suggest it is as bad as in 1999 and 2000 after the 20 year bear market.

Extreme negativity appears to be already in the price and weak hands have been shook out of market. That is not to say that gold cannot go lower and we remain cautious in the short term.

Gold remains vulnerable as we enter August – a month of declining liquidity when markets may be vulnerable to bear raids. Lower prices are possible and the $1,000 per ounce level may need to be tested before we see a bottom. 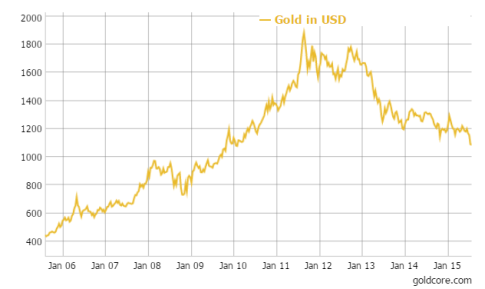 Bullion looks good value at these levels and investors will soon be presented with an opportunity to allocate funds to bullion at very depressed prices. Dollar cost averaging and gradually accumulating remains prudent and will protect against downside risk.

Stocks, bonds and many property markets are at all time highs and look very toppy and vulnerable to sharp corrections – particularly in September and October – the traditional time for sharp stock market corrections and indeed crashes.

It is a good time to rebalance and to reduce allocations to risk assets and increase allocations to gold – or indeed allocate to gold for the first time, if an investor does not own gold … as the vast majority of investors do not given the very low levels of gold ownership among investors in the western world.

Many of the risks that preceded the 2008 crisis are bubbling under surface and new global debt crisis is coming … the question is when?

Physical gold will again protect and grow your wealth in coming years. We know we will be accused of  ‘talking our book’ and Martin Armstrong may call us ‘gold promoters’ but we genuinely believe and the academic research, empirical data and historical record shows that gold is a safe haven that will protect investors in the long term again coming volatile months and years.